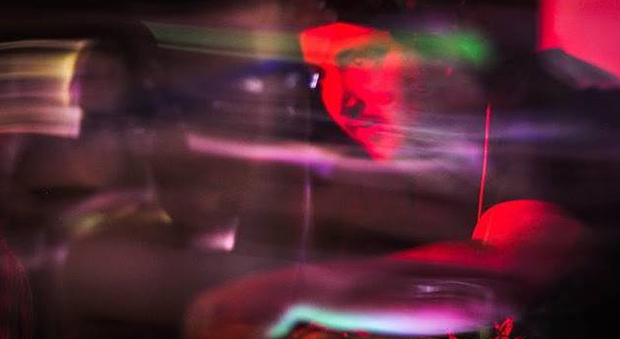 Hanoi’s Vintage North Productions Musical Director, Luke Poulson, AKA BlipBlop joins us this week on our Hometown Heroes Series with an eclectic mix of some of his favorite jams. The UK native has been heavily involved with the rising underground house scene in Vietnam, and is the Musical Director for Quest Festival, one of the top,most sought after festivals in the region, and the world. Let BlipBlop take you on a journey through the sounds of his arsenal!

How did you get into electronic music and DJing? Is there a specific moment of inspiration that you can remember?
I was always into electronic music from a very young age. My mum was a big Bowie and Bronski Beat fan which i think led to me being switched on to the sounds fairly early.. my first real experience with electronic music was at a rave when i was sixteen, I’m from fairly deep in the countryside on the Pennines of South Yorkshire, Northern England and free parties were a big thing there. It was an acid techno sound system and they dropped Green Velvet – Lala Land and i was hooked from there on. Initially i was really really into the harder side of dance music often spinning psytrance, hard house, acid techno and jungle but after randomly winning a competition which sent me to Austria for Snowbombing festival i discovered disco after watching Lindstrom and Greg Wilson play a really intimate gig, this had a profound effect on me and really challenged my perceived notions of dance music.

Tell us about the music scene in Hanoi. What sets it apart and makes it special?
Hanoi is a really special place, as a city its steeped in tradition and is such a unique place filled with history, music, artists and millions of motorbikes! I have been here seven years now and was lucky to be brought into the fold of the music scene by Synergy Music Productions – they had been running special events here for a while and had a very D.I.Y approach – this is something i really connect with having come from the free party community. After being involved in the Synergy events for a while i began creating my own nights whilst also helping other creative folk make their events and ideas a reality, from this came Quest Festival which i help direct. The festival itself really encapsulates the magic of Hanoi as its community run and a total grass roots project. The grass roots approach focuses on the development of the scene and the nurturing of local artists whilst also exposing the very very new Vietnamese audience to international talent. Hanoi can often be a difficult place to run events with a lack of solid venues and a rather strict policing arrangement, but theirs such a creative resilience here which means there’s always something interesting happening.

Im currently sat in my lovely old apartment on the balcony whilst the Hanoi tannoy system plays some old songs and i can see two lakes from where i am. That i love.

What does the future hold for you in 2017 and beyond?
Well we’ve got Quest Festival running from November the 10th-12th this year which is a huge project which i work on every day, there’s a possibility of us doing a stage down in Da Nang (central Vietnam) in September but nothings confirmed there yet. I will continue to run regular nights in Hanoi and play bleeps and blops to people who want to come and throw themselves around. I have a short trip to Columbia planned where i hope to raid a record shop and go over my baggage allowance with vinyl and beyond that I’m hoping to just keep building and developing our project whilst working closely with the Vietnamese scene and our friends who are doing similar things around South East Asia. Collaboration and innovation!
Give me a quick run down on a night out with you (when you’re not playing) in Hanoi. Must go-to places to eat, drink and dance.
When I’m not playing or running a night (which is rarely) i like to go and check out what everyone else is doing. Generally i would head out for some pre drinks at the amazing craft beer bar which has opened near my house, ‘Standing Bar’ then go grab some food around Truc Bach which is the cool little lake a i live next to. Truc Bach’s renowned for its Pho Cuon which is basically a giant ‘Pho’ noodle with beef and veggies inside, its kinda like all the ingredients in a ball oh Pho wrapped into one tasty package which you dip in a sweet fish sauce, i could eat them all day (and have often done so). After that i head out to wherever tickles my fancy – for live music you can’t beat REC Room which is on the top floor of Hanoi Creative City and has one of the best views of Hanoi – the guys that run REC Room are insanely passionate about bringing quality live music to the city and do an incredible job running things there. If its electronic music then il often go to the newly opened Savage for some quality international DJs playing on a gorgeous Funktion 1 sound system, if i fancy something a bit more raucous then BirdCage often does quality Jungle and DnB nights, The Nang and Jungle Beats are great nights to look out for. Im a musical chameleon and dig a broad spectrum of music so it really depends on what kind of week I’ve had to where i end up.

What is your dream gig?
I think anywhere on the Himalayas would be next level. I’ve been lucky enough to play some crazy gigs around here – playing inside a cave on one of the carsts in Halong Bay was probably the most surreal. But yeah, i love mountains so stick me up Everest with some decks and a bunch of close friends and i would be a happy bunny.

Tell us about your mix…
This mix was recorded live at the Gingerwork 4th Birthday Party ‘Illustrious Hat Soiree’ – Gingerwork was set up by my good friend Mark and their parties are always next level – the night had a massive spectrum of art going off from improvised dance performances, huge visual mapping installations to pole dancing. The pole was actually set up next to the DJ booth which is the excuse I’m going to use for a few fluffs on my mixing – its hard to concentrate whilst someones upside down and rotating next to your head wearing a tiny outfit. The brief i was given for the party was to play something fun and funky, i told Mark that i would play Acid Disco which was a genre i made up on the spot – I think that the tunes i selected fit that bill though, it was a warm up set so i start off slow and acidic and then delve into some pumping tracks finishing on a hands in the air gospel sing along. So yeah its fun, funky and drenched in acid featuring some old favourites and a bunch of new releases, definitely on the more alternative side of dance music which is where i like to be.

Favorite drink…
A mildly cold pint of Farmers Blonde – its this amazing real ale that they serve in my village and it tastes like the sacred ambrosia. If you ever find yourself lost on the Pennines in deepest darkest Yorkshire try to head for Hoylandswaine, I’LL give my dad a bell and he will come and buy you a pint. It’s the dogs bollocks.