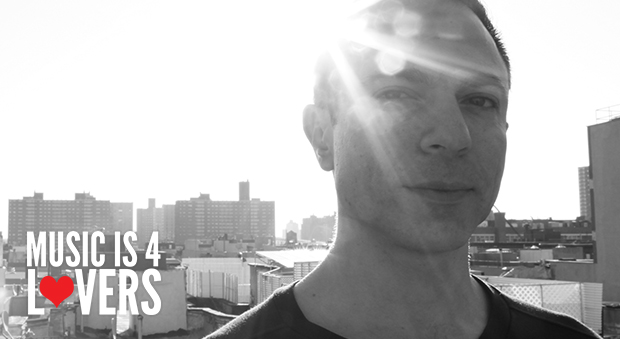 California kid turned DJ [slash] promoter [slash] lawyer (?!) in the Big Apple — Michael Arana, or better known simply as Arana, meticulously forms his music to send listeners on an “engaging journey… to experience over and over.”

The man behind two branded events in NYC — Wobble and OpenAir — which have held shape over the past decade in various venues around the city, including: Carnaval, the original Le Souk, GuestHouse, Cielo, Hudson Terrace, Tribeca, Up & Down, and a rooftop in the LES. It was during his two year tenure at Cielo that Arana really mastered the art of music programming as a DJ and as an event producer… he also had a Funktion-One sound system to deliver the gospel.

From lawyering during the day to DJing the nightlife, Arana is the true definition of a Hometown Hero. We’re happy to give him the stage for this week’s episode.

If you were on the cover of the New York Times what would the headline read?

Originally from Cali you moved to NYC to pursue a law degree from NYU. What was it like juggling law school and the nightlife? Do you feel that studying law makes you savvier when it comes to the business of music?

I actually got into electronic music after I got my law degree and passed the bar. I had just moved to the Lower East Side and was practicing at a large NYC law firm. I was first exposed to underground parties like Hamsa and venues like Baktun and Vinyl. Once I paid off my law school loans, I jumped ship, at least from practicing in large firms where you’re required to go to the office every day (now I work remotely so I get to work from home). Being a corporate/transactional attorney is certainly helpful when negotiating an agreement with a venue or artist, but having a law degree certainly doesn’t always protect me. I often feel pressure not to ‘over-lawyer’ a situation (since lawyers are sometimes expected to make business talks more difficult) and instead operate based on trust and going with the flow. But I’ve certainly still been blind-sided after doing that so, bottom line, always get it in writing

Tell us about your parties Wobble and OpenAir. How did your 2-year residency at Cielo impact your DJ career?

The first Wobble party was in September 2004 at a spot called Carnaval, then the original Le Souk (East Village), and then GuestHouse before we finally settled into Cielo in 2009. My Cielo residency helped put Wobble on the map and boosted my DJ career. Playing on a Funktion One system, in a room specifically designed around that system, gives you a wonderful platform to showcase stripped-down, deep underground dance music. It makes your job of creating moments for your audience that much easier. It also allowed me to book some international talent, and forced me as a DJ to really think about how to effectively conceptualize, build and execute a set while making people feel that you’ve taken them exactly to where they want to be in the moment.

Wobble moved to Hudson Terrace in 2012 and Tribeca Grand Studios early last year, but we just found our new home at Up & Down a couple months ago. Wobble’s sound has evolved toward stripped-down deep house and techno with moving basslines, intricate layers and an uncompromising focus on musicality beyond the simple boom-boom – hi-fi, deep/forward music for the dance floor.

OpenAir started back in 2012 at a rooftop venue in the LES after I was inspired to do a more pushy/techy take on Lee Burridge’s All Day I Dream aesthetic. We brought in artists like Grunbox, Cem & Rg and Naveen G, along with some wonderful local talent like Connie, Maksim and Lauren Ritter. Doing outdoor/daytime parties anywhere in NY with proper sound is tough though, unless you’re in the right zone without residential noise complaints. But I’m hopeful we’ll find a good home for the party as spring rolls around.

What exciting news can you share about Arana and Wobble Music?

On the party front, Wobble’s new bi-weekly Saturday residency at Up & Down provides us a nice platform to showcase DJs and artists who are championing Wobble’s stripped-down, low-slung sound. It’s a lot of work since I don’t really have a dedicated team – it’s mostly me with the support of friends and fans who love the music ­– but it’s a labor of love.

On the production side, I’m excited to finally be in a place where I can finish my own music which I started several years (!?) back. I originally launched Wobble as both a record label and an event production company, but I always seemed to have too many balls in the air. Between organizing and DJing my parties, playing others’ events, being a lawyer and producing music, I tended to push down producing on my priority list as the parties became the main focus. Friends love to make fun of how long I’ve been sitting on these vocal tech-house tracks that I wrote and produced but never finalized, and they’re right – my ever-evolving tastes, busy schedule and perfectionism got the better of me.

But recently, my vision for Wobble’s sound has really solidified and I finally feel comfortable that I can finish my productions so they authentically reflect my current aesthetic as both an artist and a DJ. I’m excited to get my music out into the world this year, since I haven’t really heard anything that sounds too similar. It’s pretty intricate, layered and, um, wobbley.

Playing one of the BPM showcases in the jungle of Tulum as the sun rises over the water – that would work for me. Locally, I’d love to play Panther Room, one of my favorite intimate venues in New York. Its summer rooftop Sunday series is exceptional, with an insane view of NYC from Williamsburg.

What is go-to jam at the moment?

I may have played Few Nolder’s “Houly Pouly” into the ground over the last 4 months…and just for good measure, I included it in this mix to lighten the journey. Superb production and vocals – beautiful house with real musical content.

The NYC house/techno community could be viewed as generally divided between groups. On the one hand, some folks lean toward intricate, melodic, dancey deep house with emotive chords and warmth. Then we have the lovers of stripped-down, deep wobbling subterranean techno that’s hypnotic, driving and often darker. This mix is an exploration of those different vibes. It’s my attempt to see how far on their edges I could explore while still creating a cohesive, engaging journey that people want to experience over and over. By edges, I mean both dance-floor moments as well as mysterious, personal, other-wordly moments.

Technically, I approach dance music in a deconstructive way, stripping down longer tracks into mixable portions which I layer with other songs or parts of songs. My sets, including this one, are often like extended, live remixes rather than a traditional, track-into-track approach. Looping, layering and realtime re-editing (where I basically re-sequence a track with hotcues) are a big part of how I achieve my sound, as much as the tracks themselves.

Needless to say, I think the dynamic/energetic range of the mix is very wide, and includes a number of cuts most properly played after hours. It has both pure house and pure techno tracks with a lot of movement in between. The end result feels like a push/pull between light and darkness, a mix of what you might hear at my Wobble and OpenAir parties combined into one.