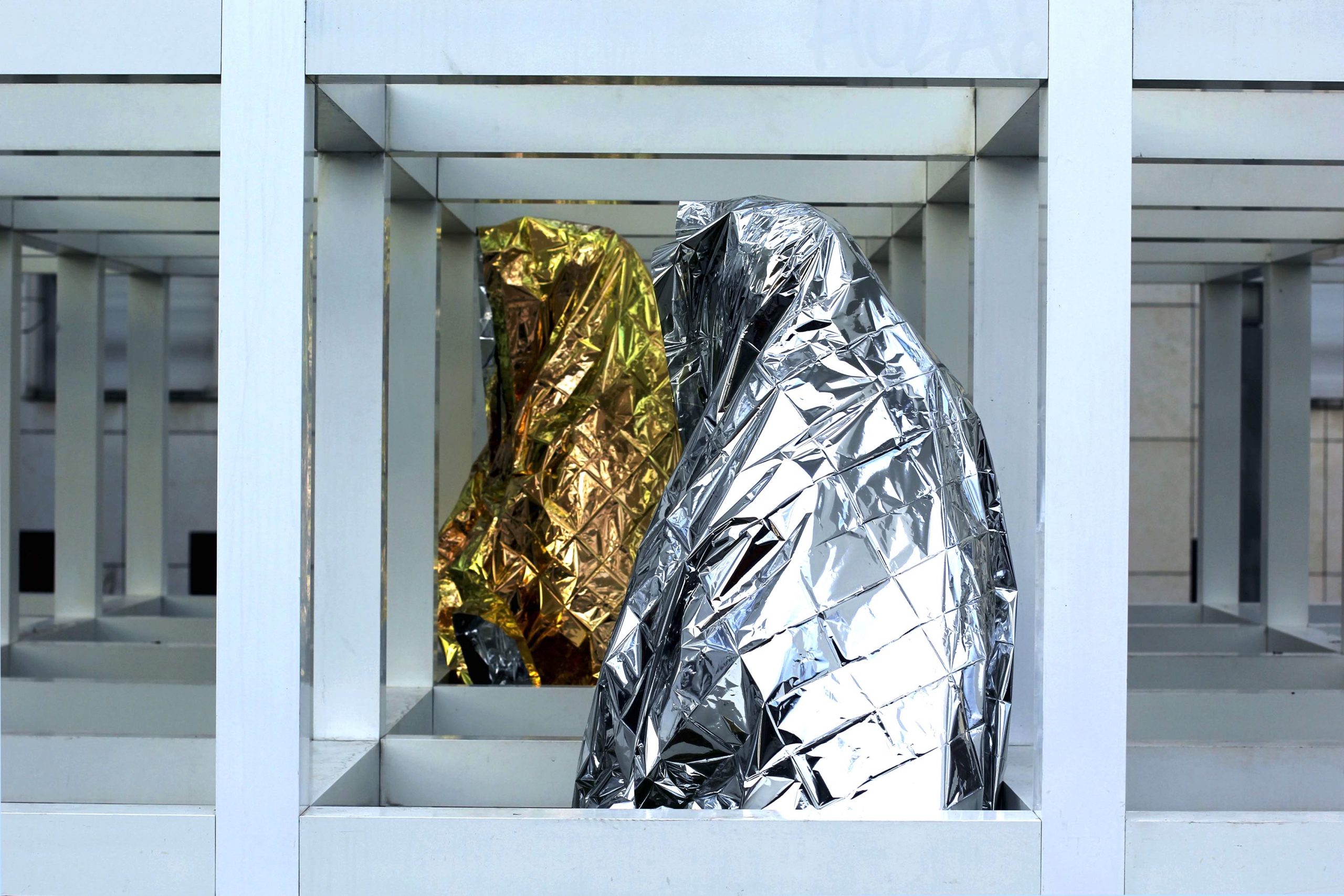 Amazing to speak with you today. Can you tell us a bit about the HOLISM project? What is it you have set out to achieve with HOLISM?

Holism is a collective, global vision. All the parts have been created with the intention to fit together: the music is produced with a cinematic approach so it can underscore a film, the photographs and artwork tell stories that can be envisioned with a musical setting. Our name, Holism, describes our concept of unity, being more than the sum of its parts.We hope to transcend through the universality of the experience which we all share.

Your debut EP is set to land, how would you best describe the sound of the Silence EP? Do you each have a favourite track from the collection?

To make a debut is to create a statement: who you are, and what you have to say. We wanted to say something that had not been said before, and our approach was to throw everything that influenced us at it. Some influences are quite clear: smoky nightclubs and warehouses, organic daytime open-airs, French and Sufi poetry readily come to mind. But there are always unexpected touches of something from elsewhere on our impressionist canvas: string orchestras broadcasted from a transistor radio on Ailleurs, Japanese kotos and Indian tabla in La Lueur, eastern double-reeds and gamelan in Songe, as well as ta Postal Service granulated pianos on Ailleurs.

The music is grounded on a foundation of driving drums and percussion with prominent, rhythmic basslines. But soon after, it dives into other directions, ranging from minimal or obscure harmonic movement to straight-forward chord progressions, blended with cinematic textures from organic and synthesized sources. The voice is present but mysterious, at times becoming the focal point, or blending into the sound as another timbral background element. In the spirit of Holism, we juxtaposed as much as possible to hear where unexpected, new harmonies would arise.

The release comes alongside a stunning music video. How did you go about choosing who to direct the video and what are your thoughts on the final production?

Justus (our director) is part of Holism and contributes his keen usage of visual details, using them as sensual triggers as well as integral elements of his storytelling; he was our first choice and a perfect fit. His stories often address human conditions, and the experience of the ever-present in daily life, which tends to go by-the-wayside. The shoot itself was on one of the coldest days of winter, our crew of ten battling frozen digits and frosty weather with chili and warm vibes. We had snow around sunrise and again as we jubilantly finished past sunset, which was a blessing; it’s pretty easy to feel like you’re doing something special when everything works itself out perfectly, and we don’t think the result could have been any better.

How was your studio set up when working on the tracks? Are you more hardware or software focussed?

It isn’t easy to draw a line between the organic and the synthetic in our music, and that comes from drawing on a wide range of sources. Organic elements were recorded and sampled throughout the EP, re-interpreted and processed to bring out their unique characteristics and bring them further away from their traditional sound. For effects, there’s nothing better than the control of digital plug-ins, and analogue for the more characteristic elements. But the expression of an instrument captured in the moment can’t be beat; a Minimoog was used prominently in Songe and Silence’s basses, Novation Peak generated a lot of the chords and pads, and there’s some splashes of MS-10, Rhodes, and even Korg MS-2000. For color, there’s also a physicality that’s brought to sounds when they’re physically brought to life through different amps, speakers, and vibrating bodies picked up through a contact mic. The voice is also a hybrid of analog (recorded with state-of-the-art vintage mic and preamps) and digital (synthetic harmonization and tone sculpting).

How would you say the sound of HOLISM differs to your own individual sounds as solo acts?

Individually, we both wear multiple hats with regard to sound: producer, singer, composer, songwriter, orchestral musician and session player, sound designer and engineer, content creator and visual artist. All of these elements often are separate from one another in our individual lives, and as Holism began to take shape, the still undefined nature of the project allowed us to bring a wider array of elements into the construction Holism was an application of the things that have shaped us as musicians individually combined; in a sense, Holism’s musical collage-painting is the total sum of the sum of us as individuals, greater than the sum of our parts.

Can we expect to hear more from the HOLISM project throughout 2022?

Absolutely, this is just the beginning.