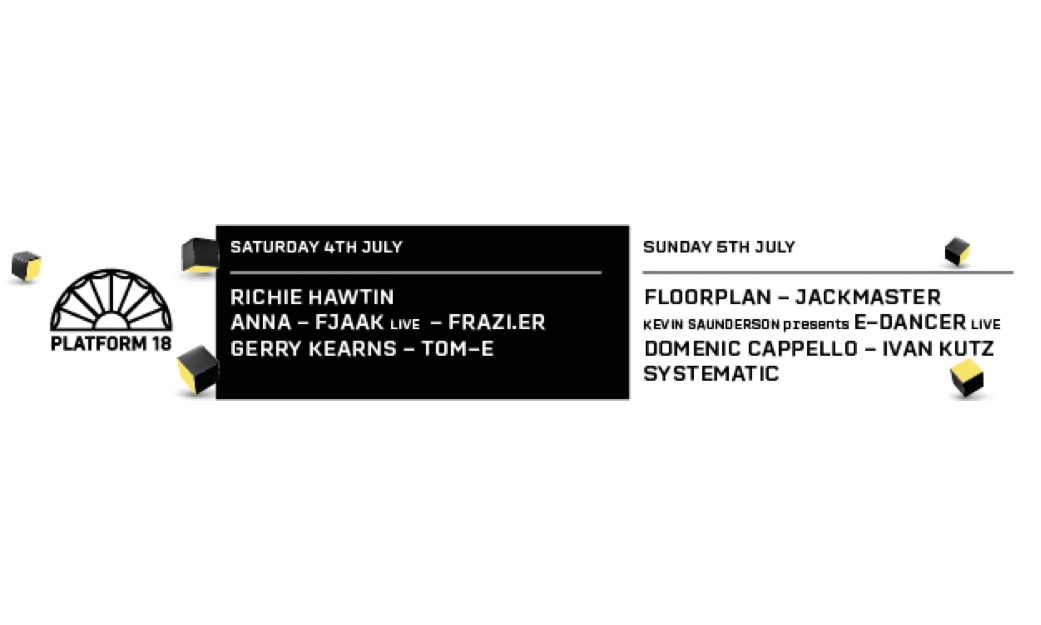 We can now announce that local stalwart Jackmater will going the event along side techno icon Kevin Saunderson who will performing his E-Dancer show. 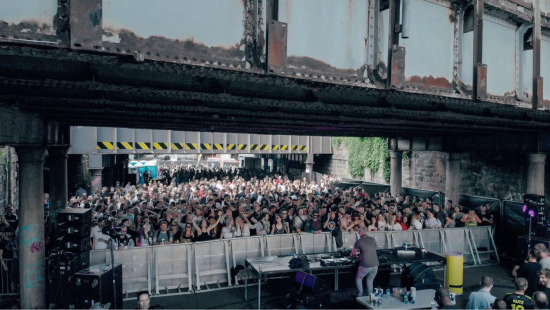 All this once again goes down on West Street, on the South side of the city, in a space that has only been used by Platform 18. It is a subway station car park beneath two bridges that has a raw, illicit feel that harks back to the earliest, purest days of raving. Enclosed by walls and the bridges themselves, it is a small, intense space that, in an echo of the iconic dance music phenomenon that is planes flying over DC10, has regular trains rattling by on the lines above, often adding to the electric atmosphere generated down below!

Platform 18 offer something new and fresh for Glaswegian house and techno lovers and has done since 2013. It comes from the mind of a promoter who has been putting on events for over 12 years and gives you an intimate connection with DJs: everything is set up so the raver and DJ are in sync, the selectors can join punters in the crowd for hugs and even high fives during set and they have done many times in the past, which always makes this a very special and standout occasion. 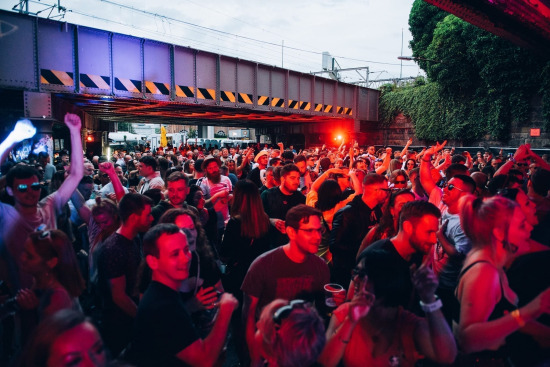 What’s more, from the beginning, Platform 18 have worked with SAMH (Scottish Association for Mental Health) and created the healthy slogan ‘Everyone on the same level’. Over the years they have raised around £5000 in funds but more importantly continue to create awareness around the issue with young people who may be directly or indirectly affected.

The one main stage will be decided out with visuals and more production than ever before in 2020 and this year for the first time there will be a slot set aside for up and coming local artists Systematic and Tom & Gerry. “We really want to support the future and these lads have what it takes,” says founder Ivan Kutz, who also plays the festival again this year.

Musically it is another high class affair in 2020 with techno titan and Minus label boss Richie Hawtin bringing his avant garde futurism, Brazil’s leading techno proponent and Drumcode associate ANNA, a live show from the jacking Berlin outfit Fjaak, and some true school Detroit sounds from the foster daughter duo of Robert and Lyric Hood, who imbue their timeless sounds with gospel influxes and get the floor in raptures every time they play. Add in cult underground legend Domenic Cappello, plus man of the moment Fraz.ier and you have an all encompassing soundtrack.

Platform 18 is a two-day techno bonanza unlike any other in Glasgow, and the next edition is shaping up to be the best yet. 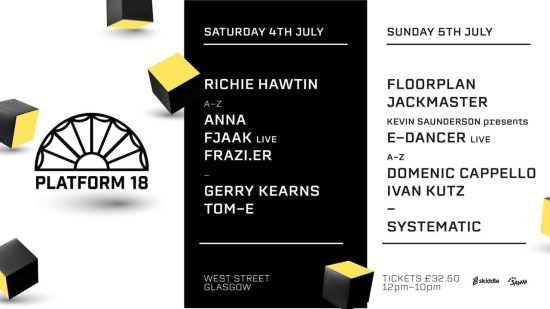