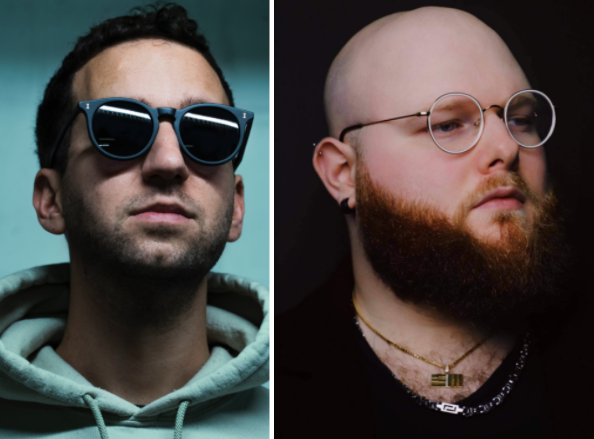 ‘Wide Open’ sees Equal’s up-beat and string filled production collide with Shiah Maisel’s husky vocals to deliver a tune about the struggles of everyday life during the pandemic via Calabasas Records.

Hoping for change in this world, singer Shiah expresses his emotions through the powerful lyrics in this track. Not being able to fall asleep during this time and constantly worrying about what’s next in this world is what inspired the title for Wide Open. Undoubtedly, this song will resonate with many who have most probably experienced this feeling whilst navigating through seemingly endless lockdowns.

Equal is the music maker behind breakout release ‘Lost in the Evening’ with Gary Jules and is also behind recent hit ‘Shakedown’. A resident elite DJ in the New York scene, you’ll find him playing at the hottest parties for the downtown-club kids and fashion elite. He has also garnered worldwide DJ support alongside placement in outlets such as Vogue UK and a collaborative ad-campaign from Ciroc for Zoolander 2. Having recently collaborated with The Knocks, Equal also hosted a mix set on Diplo’s Revolution.

Meanwhile, Shiah who lent his vocals out for Laidback Luke’s recent release Good Again has been making plenty of noise since bursting on to the scene in late 2019. From garnering 8 million streams, collaborating with household producers like Blasterjaxx and Unknown Brian and hitting #12 on iTunes Alternative charts with his single, ‘Not Coming Home Tonight’, and #68 on iTunes Electronic charts with his single ‘Finally Healing’, it’s safe to say that the Queens native has a bright career in music ahead of him.