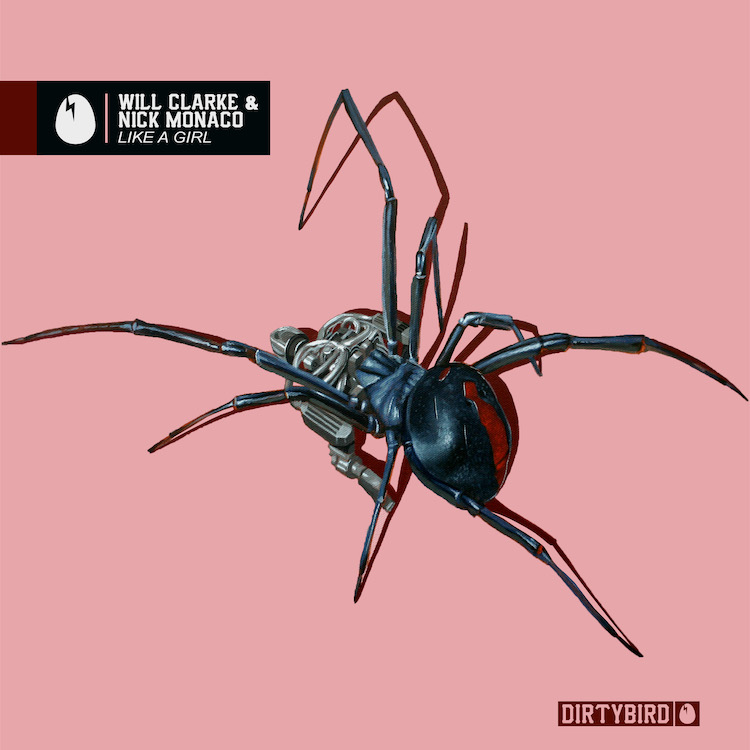 Regardless of gender, you will be hyped on Will Clarke and Nick Monaco’s new track, Like a Girl. As DIRTYBIRD’s first release of the year, the track is totally unique and an undeniable banger.

Like a Girl is deeply techno-leaning, and although Clarke played with more techno-inspired beats in the last year, it’s quite different from anything we’ve heard from the two artists in the past. Its dark and creepy vibe is a departure from the usual DIRTYBIRD sound yet the staple house beat remains and quirky lyrics gives it an edge. The repeating lyrics – like a girl, I talk like a girl, I walk like a girl, I feel like a girl – seem almost a declaration, and there isn’t a femme-raver I know who wont regard the track as an anthem. Clarke and Monaco take a moment to strip back the techno and give us a raw beat with lyrics before hitting us once again with a crescendo of video-game inspired synths.

While the song is a departure from the norm, it also serves as a rejection of conformity, which is right on brand with DIRTYBIRD tracks. Like a Girl welcomes everyone to the dance floor and invites us to get the freak down.