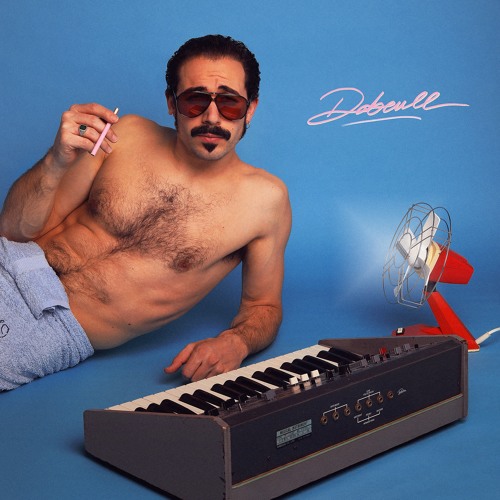 French producer Dabeull has announced the release of his brand new EP, ‘Intimate Fonk’ released on June 18th on renowned French label Roche Musique, preceded by the brand new single ‘Love You So Much’.

The lush track, which takes influence from soft R&B, is co-produced with fellow Roche Musique signee Darius – himself a key player in the recent French House music movement.

Dabeull started out in the early 00’s with various house and techno projects, including remix work for the likes of Bob Sinclair, and DJ gigs across the continent, yet he has bided his time to unleash his true love of Funk music.

Influenced by the likes of The Bar-Kays and Kleeer as much as he is Nile Rodgers and Prince, he fuses together all of this into a modern sound recalling the likes of Zapp & Roger, Justice, and Dâm-Funk.

‘Rest assured that I want to keep the spirit of Street Funk alive, but lightly sprinkled with sugar! My goal is to make music the way it was made back in the days – late 70s, early 80s – I wish they would have kept making it that way so I am doing it for them’.

Supporting FKJ (AKA French Kiwi Juice) across a UK tour, including a date at the Roundhouse in London, Dabeull has more dates planned in the UK for later in 2019.

Out now, via Roche Musique.