ATB & Ben Samama link up on new single ‘Like That’ 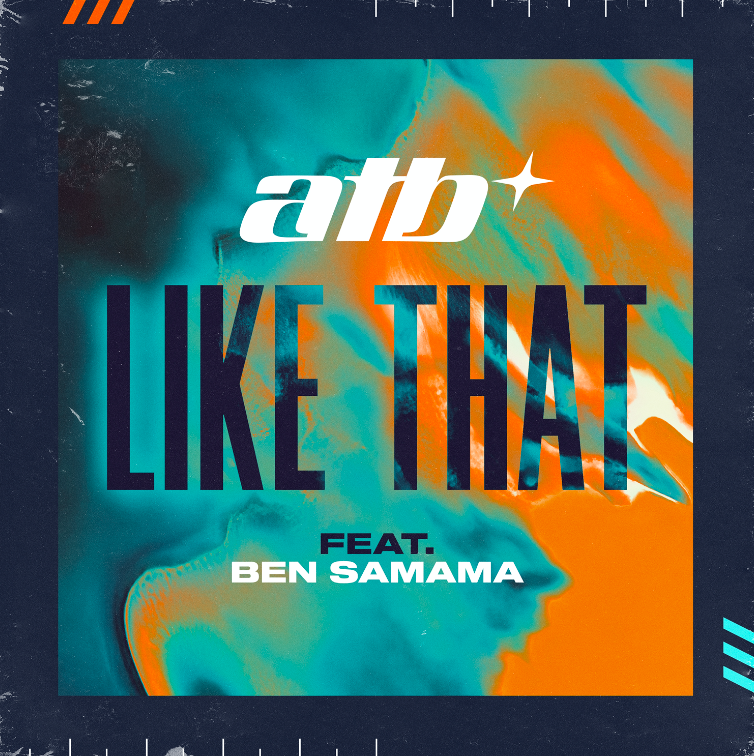 A collaboration between ATB and Ben Samama, ‘Like That’ is an emotion-drenched modern dance jam that juxtaposes idyllic guitar riffs with an infectious bassline, underpinning Samama’s vocals. It follows ‘Your Love (9pm)’, ATB’s recent smash collaboration with fellow German DJ Topic and Swedish artist A7S that has surpassed a whopping 470 million global Spotify streams and received the remix treatment from none other than Tiësto.

ATB’s big breakthrough moment, ‘9pm (Till I Come)’, propelled the German DJ and producer to the top of the UK singles chart back in 1998, becoming the first dance song to reach #1 in the UK. Not stopping there, ATB’s debut single also peaked in several Top 10 charts around the globe, including the US Billboard Charts and opened the door for dance music on mainstream radio. His creative spirit continued to flourish with an impressive string of hits like ‘Don’t Stop’,  ‘Ecstasy’, ‘Let U Go’, ‘What About Us’, ‘Move On’ and ‘When It Ends It Starts Again’. Together with 10 studio albums, Gold and Platinum certifications in numerous territories have underlined the German’s status, as did his continuous presence in the prestigious DJ Mag ‘Top 100’ poll for almost two decades.

With over 20 years in the game, ‘Like That’ is the work of an artist who continues to grow with every release.