That Track You’re Dying to Know: Bigger Than Prince 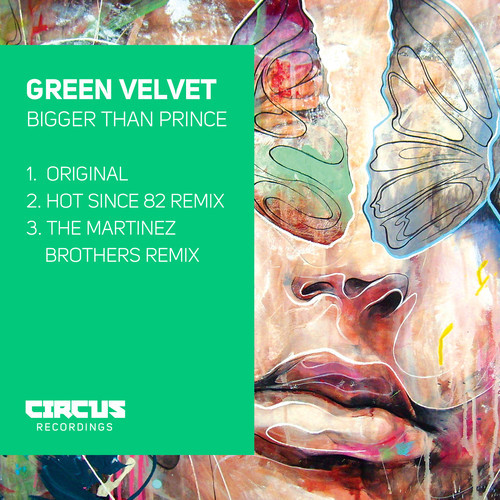 The track everyone’s been talking about since the beginning of the year is Green Velvet’s “Bigger Than Prince.” It’s that track that comes on at a party, and when its sonic goodness hits your ears you put your hands on your head and turn to your party pal and say, “Oh my god, what is this?! Who made something like this?” Naturally, Green Velvet did. When I sat down for a chat with Yousef in Santiago back in April, he told me how the track came about (which first appeared as a bonus track on his Circus X Compilation).

Green Velvet and I were on a Circus tour together in Indonesia and he told me, ‘Yo man, I’ll make you a track [for your Circus X VA].’ And he delivered that “Bigger Than Prince” track and I was like, ‘WOW.’ It’s really quirky, really kind of current but completely different from anything else. It’s a total dynamic changer.”

“Bigger Than Prince” was generating so much buzz that Circus Recordings, Yousef’s label, decided to compile a remix EP for it. The EP, due out September 2, includes the original plus remixes from Hot Since 82 and The Martinez Brothers.

The Hot Since 82 remix is truly massive – it’s been plastered all over my Facebook timeline as it makes the rounds among house music enthusiasts on social media. It is a chugging, thumping, high-energy, muscle of a track and is sure to get a ton of play well into the winter season. The Martinez Brothers remix is a more stripped back version of the original, although it displays the same hyper-energy of Hot Since 82’s take.

The hook itself, “Walk around like you’re bigger than Prince,” is enough to get a dance floor hot – a stroke of genius from Green Velvet and a gem for Circus Recordings, which has already been exporting incredible tunes for the last 5 years.

The whole remix package is OUT NOW – Purchase HERE.