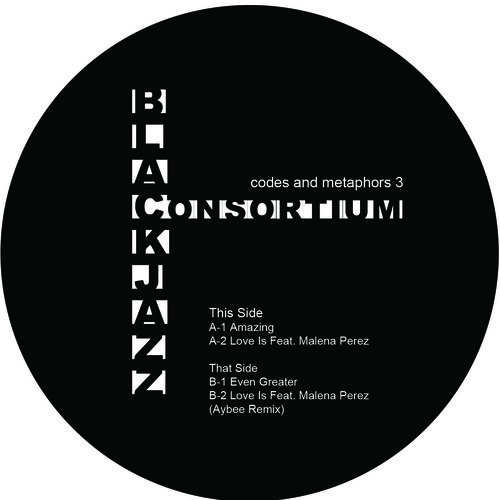 Ever talented New York artist Black Jazz Consortium, AKA Fred P [click here to read our exclusive chat with him last spring] has been releasing his new album in three installments over the last six months. The complete trilogy is set to be released later this month as a full album on his label Soul People Music, but is available to stream in full exclusively on RA. The album features tracks from jazzy, downtempo to deep, dance tracks. Fred P’s tracks are secret weapons for any situation.

The prolific and legendary producer has an incredibly rich sound palette. His sounds are drenched in process, each track a unique amalgamation of simple yet emotionally complex elements. Fred P says of this work, “This is an up to the moment account of where is I am musically as a artist. Hypnotic, heady mood music that rhythimcally moves in and out of time and space.”

Surreal beauty and musical artisanship at its finest.

“You’re ready to reach out for love, love is in your and me…Free Your Mind For You, Free Your Mind For Me…” sings Minako. Sweet and airy, her voice floats through the first track over hovering, jazzy synths and understated djembes.

The album includes tracks that weren’t a part of the three-installment packages previously released, like “Melody Off Key,” an emotive experiment in minor chords — a long breakdown of naked keys and layered hats and spacey synths.

Tokyo Electric, another track which makes its debut on the album, moves into dance-ier territory  In the classic New York styling of raw variations, rolling and hypnotic elements addict the listener over 6:55.

Some tracks, like “Even Greater,” featuring Dakini9 and which appeared on Codes and Metaphors Part III, head into darker, dub territory, all the while maintaining the overall dreaminess and thoughtfulness of the LP as a whole.

A great album with lots of diversity, Black Jazz Consortium delivers another work of great musicianship.

Purchase the pieces here and make sure to grab the full album when it is released later this month.