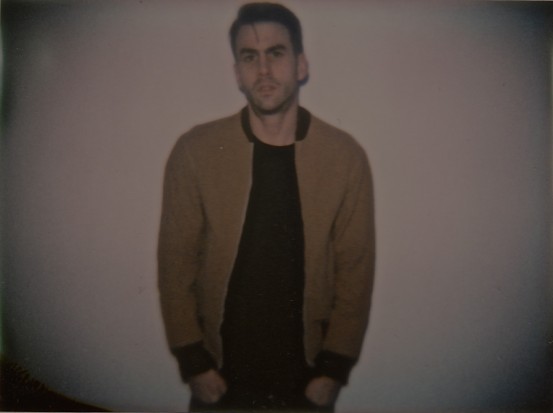 DJ and producer Minéo plays with striking beats and edgy samples in his Ghju Lia EP, finding an outlet on the varied and respectable Hypercolour imprint.  With a couple of recent releases under his belt on Electric Ballroom and Hot Creations paired with promising vision, this year is looking up for Tom Dinsdale and we got to speak with him about his inspirations, history and what is on the horizon.

1. First thing’s first- where did you grow up and where do you currently reside?

I grew up in a little pocket of Kingston. Little suburb just outside London. I currently put my feet up in Richmond. I’ve had a flat here for years. Neighbours include David Attenborough of BBC wildlife fame, and Mick Jagger, both a road away. It’s pretty nice although a little quiet and the whole town pretty much shuts down at 10pm so not exactly a ‘party town.’  I’m a night based creature.

2. Word on the street is you were a member of a pretty popular band, tell us a little bit about your musical history.

Yeah I was one half of Audio Bullys for the last i guess 9-10 years, but my musical beginnings are really two Technics 1200’s. I wasn’t into music like some of my mates, I was into the concept of mixing it more.  An Akai MPC 3000 was my first piece of music making equipment and couldn’t get a better piece of kit to start on. I think it was good to learn on that, you have to learn about, sampling, assigning sounds to pads, midi. You can’t just turn it on and it works, so for that i think it gave me a good understanding of music technology without going to school or college to learn it. A few mates did though,  and I’m sure I inadvertently picked up basic shit. The first bits of music i made were with normal Akai 3000, and Atari ST’s. Im really annoyed I don’t have my Atari anymore. I’d like to make an EP on one, just to get out the comfort zone of my little Macbook Pro.

3.  How did you begin to connect with electronic music and how would you describe your sound?

I used to go out to a few arches around Vauxhall where funnily enough, fairly recently that area has become popular again to throw parties. It was a ghost town for years and everything moved to East London, and it was around 1995-97 I think, there was Garage beats and chopped up vocals and I guess that stuck with me because my stuff sounds like that. Turn out the Lights on Hot Creations was a straight up club banger but the EP for Hypercolour is all over the place I think regarding the styles, and I’ve just done a remix for Psychemagik called “Black Noir Schwarz” on Crosstown Rebels which is like 118 bpm kind of pfunk thing, and I’m really into Parliament and George Clinton sounds when it comes to drums. It’s my favourite remix to date as its like nothing I’ve made before.

4. Let’s talk a bit about your EP- what inspired you during the production process?

Well the lead track “Get it Cracking” was really inspired by someone playing me a really tasty piece of music. Its really dark, but completely delicious from years and years ago. I had it in my ‘things to sample and cut up’ folder for a while, and it just happened in a few hours.  The others are just the fruits of my recluse.  I love finding samples still, vocal things, bits out of documentaries and interviews. That’s kind of my thing . It seems to be my sound, i hope people will start to recognise my stuff from these details. I’m not the first or last to do that don’t get me wrong, but I think there is a definite flavour or sentiment of the things i choose.  My favourite is on “In this Era”:

“We were basically trying to make it happen, not just…and I feel awkward saying fame, because, in this era, now, it’s like, you don’t really wanna, who wants to be famous? But it was very specifically about making it happen…”

5. In what kind of setting do you envision these records thriving?

I’m not too sure, I just hope people like it. I’m getting the feeling “In This Era” could blow up a bit for me.  Its a little leftfield from the sound now but it wrecks the club- I’ve seen, and been told. Although, I think “Get it Cracking” will make sense when the sun comes out.

6. 2014 seems like it is off to a nice start.  Any projects or events you are particularly excited for in the near future?

All the remixes I’ve done I guess, one for Thomas Schmumacher’s new track “I’ll Do You” on his label Electric Ballroom. He’s been really safe and is a real gent.  The Psychemagik remix obviously, and I’ve done one for Todd Terry as well on Southern Fried and they all are coming out with two week gaps in between.  I’ve got a really hot track too that I’m not putting on mixtapes or soundcloud till its home is decided. It’s nice to know though, that with all the remixes and the Hypercolur EP all happening now, that I’m sitting on a bomb that needs carefully lighting, but at the right time. Lips are sealed though, but if you see me play you’ll hear it

7.  We are always looking out for new, fresh talent, who are some artists you advise us to listen up for this year?

I’m more of a producer than a tastemaker i think.  Jerome who is part of my management, he’s good at that.  He finds all sorts of great new artists on Soundcloud.  He put me onto Indiana, who I was then successful in remixing for Sony for her track “Bound,” and he found Bishop Neru when he had a few hundred likes about a year ago when he was rhyming on Premier and J dilla tracks and then we saw him a few months later supporting Wutang and now on a Disclosure track. It was kind of annoying as we couldn’t get to him quick enough, would have liked to collaborate. I do like a lot of the new Scandinavian Pop though, that Mapei girl is really cool. Jamie and Alex at Hypercolour have great ears too, acoustically not visually i hasten to add-ask them.