Sex by Southwest with Matt Tolfrey, MANIK and Walker & Royce ♥ Presented by Lovelife 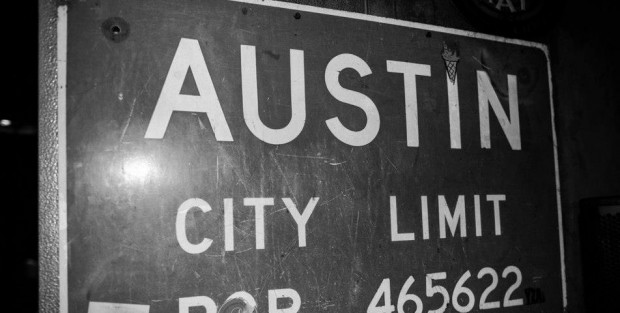 Austin, Texas is home to the South by Southwest or SXSW Festival, one of the most unique and innovative US festivals/conferences going on today. Hosted in a city with no lack of character or charm, the festival attracts the best and brightest in the interactive technology, film and music industries with the sole purpose of connecting people together. Ten days a year, the city puts aside their regular way of life and opens their doors, introducing some of the most influential ideas, bands and businesses we now see in our everyday life to the world. SXSW is where Twitter and FourSquare broke-out and where bands like The Flaming Lips and The White Stripes pumped the gas on their drive towards international stardom. The point here is that SXSW is a magical meeting-of-the-minds, where the innovators of today go to meet each other and to party. That’s where we come into play.

This year was the first time we took our party, Lovelife, out of our humble abode in San Diego, California with the hopes to spread our party wings in another US city. Austin was just the place to do it. Not only is this city home to SXSW, but its music scene has been on the radar of all music fans for many years now as a breeding ground for talent and live shows. What’s been happening in recent years, however, is the rapid evolution from just a live rock and blues band arena to the more alternative and electronic music worlds. SXSW is now a host for many of the hottest and most promising electronic acts with artist showcases this year including the dirtybird boys, Azari & III, Totally Enormous Extinct Dinosaurs, No Regular Play, Aeroplane, W+L, Soul Clap, Juan Maclean, tINI, Neon Indian and more. The Electric Daisy Carnival (EDC) is launching for their first time in Austin this year and will be one of the stops on the 2013 Daft Punk tour as well – if that is any indicator on how much the Austin scene is growing.

It’s not always been this way though. Just like any music scene, it all starts from within. Local heroes in Austin include a number of players, but some of those we’ve met or heard of by reputation include Machine Discotheque: Adam Warped, J.Francis + Richard.Gear, Abstrakt Audio, James Reed & Josh Dupont of Kinda Super Disco, the Learning Secrets crew, Christian Barbuto of Electric Avenue ATX and veterans like Jonny Phelps who’ve been there from the start.

About a year ago, we got the idea to bring our party to SXSW. Of course we have ideas to bring our party all over the world, but for some reason, this idea stuck and as the countdown to the festival shortened, we made a leap of faith, locked down a venue, booked some talent and announced our event, “Sex by Southwest with Matt Tolfrey, MANIK and Walker & Royce“. The venue was Lanai, an enclosed rooftop patio with no windows, who placed their faith in us to bring them what we showed we can do at home. In proper Lovelife fashion, we scheduled our

event for daytime, running the hours of noon- 9pm. This was the first time my business partner, Jimbo James, and I had ever been to Austin so we really had no idea what to expect. When all was said and done, the event that was produced attracted the true underground music lovers of the city and abroad, who showed us that our love for this music was universal. The weather report was bleek that day, Saturday, March 9th, and it even rained throughout most of our event; but the most special thing about it was that no one seemed to care. From a morning filled with angst and unsettled nerves, a beautiful afternoon was born in which we connected with Lovers from around the world over our true love, music. After the warm up sets by Machine Discotheque, Abstrakt Audio and myself, Walker & Royce took charge of the music and boosted our party into full gear. MANIK followed, playing one of the harder sets we’ve heard from him and set up Matt Tolfrey perfectly for the finish.

One of the signature characteristics of a Lovelife party, is that we focus heavily on capturing the moment in both video and photo form. This party was no different and it became increasingly important for us to convey what we had experienced at this party to our Lovers at home and around the world. Something momentous happened too while we were in Austin – few days after our party, we hit 5,000 “Likes” on our Facebook fanpage and were given a mix by Daniel Bortz in
which to promote the occasion. The first mix in a new “Lovelife Sexclusive” series, which opens with a very special song, “Nices Welkchen feat. Apparat” by DJ Koze. This track came to be the theme song to our Austin adventure and thereafter, the soundtrack for our video recap of “Sex by Southwest”. In conjunction with UGroove.tv and PulseRadio.net, the recap below was created by Jeff Corrigan, our amazing cinematographer. Special thanks to Pedro Lopez (this guy is the man), Lanai and all the Lovers who made this possible. So much Love to you all!


Check out the live broadcast we did with Google+ here, capturing Walker & Royce, MANIK and Matt Tolfrey Live. CLICK HERE

Jon Dadon & Jimbo James at “The White House”
The only ‘charity’ bar in the U.S.