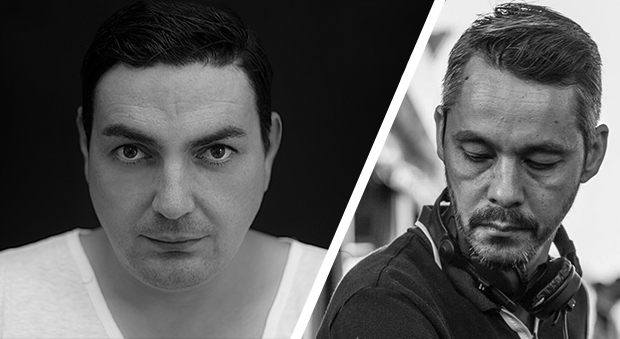 Although ‘13’ is the first offering from Olivier and Kiko under their new pseudonym, the duo have collaborated previously, releasing the ‘Beautiful Place’ (Noir Music) and ‘Black Eyes’ (NM2) EPs last year, as well as an exclusive track on Suara’s ‘Kitties On Trance’ mixed compilation album.

The EP’s title-named track ‘13’, kicks off proceedings and perfectly encapsulates the dark, atmospheric style the Frenchmen have become synonymous with, seeing driving synths dart in and out of the deep drum kicks to great effect.

A resilient kick-drum immediately breaks through in ‘Pantone’, as various industrial tones are combined with the high-intensity synths and fierce percussive elements. This one is made for the underground clubs of Europe.

The closing track, ‘Silicon’, is another deep Tech-House groover, featuring an intrinsic breakdown near the finish that sees the track stripped down to its core, before once again regaining in momentum for the climatic closure.

13 EP is available exclusively via Beatport on September 26th.