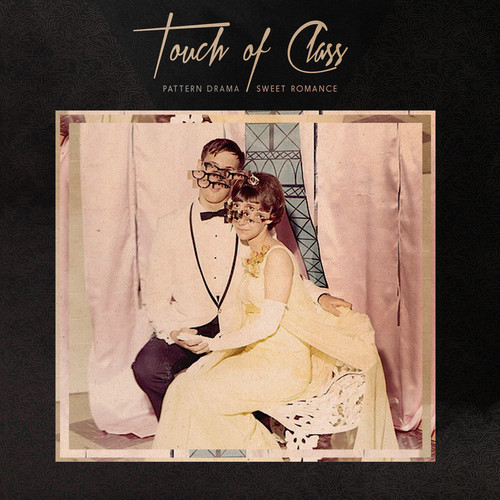 Touch of Class Records brings you a touch of magic, pulling the veil over the musical duo that is Pattern Drama. The duo comprises of Rami Abousabe, also known as Rami DeeJay and Corey Baker, one third of UK trio Wildkats. These two genuinely talented DJ/Producers have graced the underground dance music scene for over ten years, presently calling NYC their home. The duo’s debut EP “Sweet Romance” is TOCR’s third release and heralds the musical qualities that the imprint stays true to their sophisticated rhythms, laid down with infectious  bass lines and of course, polished off with a touch of class.

“Sweet Romance” was recorded in Brooklyn, consisting of three original tracks: “Girar o Mundo,”& “Magic,” both with vocals by Brazilian born vocalist and classically trained pianist, Candida, and “Oceans Part”– transmitting the voice of Faux, a NY-based vocalist whose voice you will be hearing more of in future productions with the guys. The finishing touch comes in form of a remix produced by none other than Eric Volta, who went above and beyond the call of duty delivering something entirely different and totally fresh–Using members of the London Philharmonic in a beautifully layed out masterpiece of music. The EP’s tracks exude exotic sounds of strings, keys and voices from distant lands, emitting emotion and deep tones fitting for pure listening pleasure, yet, suitable for any dance floor.

Resident DJ of NY’s Verboten and co-founder of Bespoke Musik, the gifted musician and producer, Rami Abousabe, began his musical career at a young age, playing guitar and bass in various bands and making the transition into electronic music after catching the DJ bug. Rami has exploded onto the NYC and international stage with pitch perfect, genre-defying sets. Corey Baker also began his musical path in NYC, though London is where he made his mark, helping to establish and produce for the house music trio Wildkats, who have seen major success internationally with their productions on imprints such as Hot Creations, Get Physical, Hot Waves and Off Recordings, amongst others. Corey’s return to NYC inspired the musical fusion that is Pattern Drama, a unique assemblage that unites the matured and contrastive musical styles of these seasoned artists.