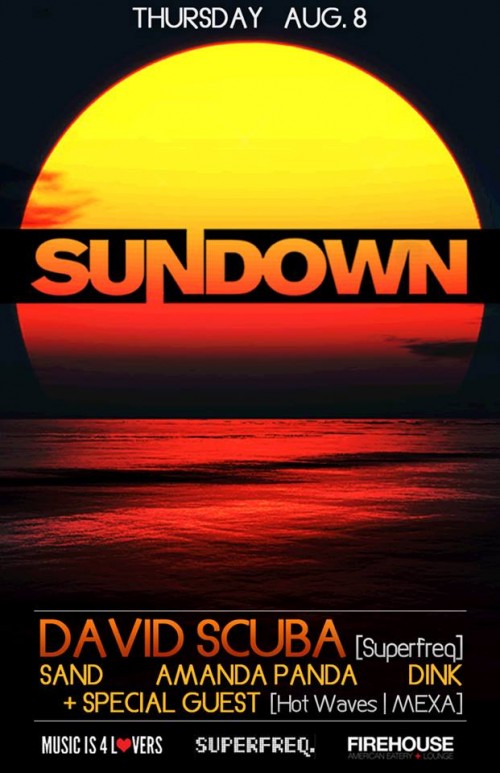 The SUNDOWN series in San Diego has been making waves this summer, offering up smooth & sexy tunes a block from the beach atop the Firehouse rooftop during, you guessed it, sundown. Their next party is Thursday, August 8th and it is loaded with two headliners and the some of the best of Southern California’s hometown heroes. Warming it up will be San Diego SUNDOWN resident Dink & two of LA’s finest, Amanda Panda & our very own SAND.

David Scuba, one of the headliners, was raised on underground house music in the legendary confines of New York’s Twilo during the late 1990s. Scuba is now making serious waves with his own sound and through the Superfreq label that he runs with Mr.C. As well as producing his own solo tracks and remixes for the label – which have gone on to be supported by Adultnapper and Mr. C himself at parties across the globe including Sunday School for Degenerates at WMC – he has also released on Riff Raff alongside Mikael Stravöstand, and has recently teamed up with Dance Spirit.

The second headliner is a very special guest who, trust us, you will not want to miss! We can only hint that his wise words are  … “No more romancing, let’s go dancing”