Musicis4Lovers’ Artists To Watch In 2014 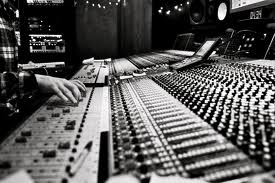 As January comes to a close and the dust settles from the madness of the first month of a new year, we look forward to the future and all that 2014 will bring. We are ever eager to see which artists will take this year and make it their own. Who will swoop in and take the scene by storm? Here’s a list of artists we predict are primed to be the talk of the town in 2014!

These gentlemen have been making music for years, and have had our attention for a while now. They have truly taken 2014 by the horns with an EP on Superfreq, and an impressive collaboration with Balcazar & Sordo and Discern forthcoming on Culprit.  On top of that, they have a full length album dropping on Supernature that is sure to secure their spot at the top.  In addition to all the music they’re producing, they have been picked up by Flying Circus to play their parties around the globe, and just recently returned from a nice little stint in Mexico.  Indeed, Dance Spirit look to be big and bright in 2014, and we couldn’t be more excited for them!

Jon Charnis had the kind of inaugural year most aspiring producers dream about. He was picked up by some incredible imprints, including Innervisions, No.19, All Day I Dream, Leftroom, Supernature, and Faceless.  His music seems to be in every DJ’s bag, his tracks frequently heard in sets by some of the scene’s biggest stars. He has proved he has the musical prowess to produce at the highest level, and has played all across North America and Europe.  With many laudable labels knocking down Jon’s door, it seems as if 2014 will be another one for the books.

This New York duo blew us away with their debut EP on the hotly tipped Touch Of Class Records at the end of 2013. Corey Baker and Rami Deejay have been in the game for some time, but with this collaboration they are creating a new sound. Together their music is sophisticated, stunning, and seriously on another level.  Working tirelessly in the studio, these two have cultivated an extraordinary catalog of music that is going to be unleashed on the world in 2014.   Their style and sound has put them on the tips of music connoisseurs’ tongues, and has gained them the attention of many top labels. 2014 looks to be a big year for this duo, and we can’t wait to watch (and listen) as the drama unfolds.

Gab Rhome has been perpetually pursuing and producing music for years, and is meritedly making his way into the hearts of the masses. With releases on such respected labels as All Day I Dream, Get Physical, Last Night On Earth, Supplement Facts, Supernature, and Stranjjur, Gab has certainly gained the attention of house music’s aficionados. 2014 will only see this rising star continue to flourish, as he recently made his ADID debut appearance at BPM and will be releasing a full length album on the idealistic imprint.  With music also coming out on Cityfox and Get Physical, it is safe to say that 2014 stands to be the biggest year yet for Gab.

Bedouin is an act we have been feverishly frothing over of late. The combination of Tamer Malki and Rami Deejay is something special, and the music they are creating is sublime. Their Burning Man sunrise set atop Robot Heart was pure magic, and they started 2014 with a proper remix of Bloodgroup, which they gave away as a free download.  The music of these two mega-talents has already been circling amongst the big names in the industry. With a huge debut EP due out on Supernature, as well as a slew of other great tracks in the vault, these two are going to garner a great deal of attention in 2014.