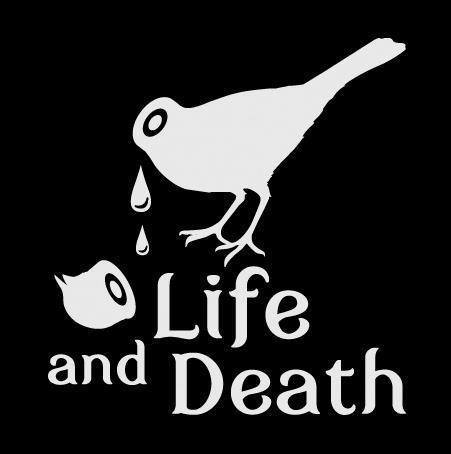 It’s no wonder that Life and Death are at the top of the list this year.  With an all star cast featuring Tale of Us, DJ Tennis, Thugfucker, Mind Against, The Das, Clockwork, and Vaal, this label is one for the present and the future.  Almost all of their releases have jumped into the top charts and their international label showcase parties have been deemed some of the best.  These guys have created their own movement and we look forward to what 2014 holds for this great label.

Dixon and Ame’s Berlin based imprint has made a lasting impression on 2013, maintaining a distinctive and mysterious depth within their soundscape, and charting promising talent such as Ten Walls, Jon Charnis, Agoria and Peter Pardieke.  From their praised Lost In A Moment parties spanning from Berlin to Barcelona, to their impeccable roster of artists including Henrik Schwarz and Mano Le Tough, this 8 year old label shows no signs of stopping their international reign of inspiring releases and memorable affairs. [Devin Inabinet]

Pampa has had a bold and innovative year.  Label head DJ Koze‘s full length Amygdala proved a definite highlight among a handful of uplifting releases, showcasing the imprint’s knack for danceable grooves that encompass an organic scope and visionary edge-hats off Hamburg.  [Devin Inabinet]

Midland, Dusky, Tom Demac, Huxley, Bicep….to state the obvious: Aus Music had a spectacular year, exceeding their already established reputation for releasing tasteful and forward thinking beats. The London based imprint threw awesome parties collaboratively with Rush Hour at Fabric, as well as Summer showcases in Brooklyn and Boston, sharing their pristine flair and lush sound in a selective yet compelling fashion, and we truly appreciate their style.  [Devin Inabinet]

Showing some local love, Droog’s Los Angeles based Culprit label stands as one of our favorites in the nation.  With 10 releases under their belt this year from artists such as Shall Ocin, Climbers, Justin Jay, Ataxia, Benoit & Sergio and a stunning compilation, Culprit has not only nurtured their own sunshine driven sound, but also a blossoming community of musical seekers in Southern California.  Although their 5 year reign atop the Standard came to a close this October, we anticipate outstanding new ventures and strong releases from our Western friends in the new year.  [Devin Inabinet]

What a stellar year of releases Permanent Vacation had!  Mano Le Tough’s album alone was one of the top releases of the year.  Add Midnight Magic’s release and some great VA’s, this label had a big impact on 2013.  Making some serious waves in 2013, we can only imagine what 2014 holds for this great label.

Exploited has had an incredible year with some stellar releases.  These guys paved their own way in 2013 releasing some remarkable releases, creating a unique sound that has made them a must have in any DJ’s catalog.  With releases from Claptone, Leftwing & Kody, Copy Paste Soul, and many others, Exploited is one label that truly had a huge impact on dance music in 2013.

It’s hard to imagine a year in which Ghostly International isn’t at the apex of the electronic music frontier. Ruthlessly pushing boundaries and ignoring precedence, the Michigan-based imprint produces release after release of timeless listening. It manages to remain viscerally relevant to the human experience of the present, without ever feeling constrained to a specific time or place.

The scope of the label’s reach is impressively broad, encompassing everything from the brash electropunk of ADULT. to the organic ambience of Heathered Pearls and Recondite, the atmospheric pop of Beacon and Tycho to the lush loops of Gold Panda and Shigeto. Ghostly’s catalog reads like a fine dining menu, with an amazing dish perfectly suited for any mood and the pickiest of palettes. In the same way that a master chef concocts unconventional culinary creations, Ghostly’s artists are ever innovative in the musical persuasions they pair. The only thing you can unequivocally expect is excellence. [Reisa Michelle]

From New York with love, Scissor & Thread has woven its musical strings through our hearts this year with impeccable releases from their talented family.  Bob Moses’ Far From The Tree EP became an obsession for us, especially after hosting the duo for a live performance in San Diego, not to mention Black Light Smoke‘s alluring extended and three collaborations from label bosses themselves, Frank & Tony.  We are so appreciative of such forward thinking artists making musical statements and have so much faith in this blossoming labels’ vision, craft and community.  [Devin Inabinet]

Coyu’s Barcelona run, techno-kitten inspired label has had an astonishingly impressive year. Gabriel Ananda, Tapesh & KANT, Taras Van De Voorde and Tube & Berger are a few of our favorites- hard to choose with a such a strong and varied WEEKLY release record boasting over 30 quality EPs!  With the inclusion of hosting showcases at premiere festivals such as Sonar and The Amsterdam Dance Event, Suara continues to make all the fine felines purr on dancefloors around the globe. Meow ^_^  [Devin Inabinet]

What can’t be said about Diynamic…?  This label has been many DJs favorites for years, and once again this year they prove their high rank with the rest.  With incredible artists such as Solomun, H.O.S.H., Adriatique, Stimming, David August, and others, Diynamic this year once again stamped its authority on dance music and has become one of the most sought out labels in the business.  These guys continue to release amazing music, and it seems they will only be getting bigger come 2014.

Mat.Joe, Sven Tasnadi, Gunjah, Dirty Doering, David Keno and Smash TV comprise only a few of the talented artists who contributed to Katermukke’s year in the spotlight.  From deep emotive house to atmospheric-tech driven melodies and acidic bliss, this Berlin bred imprint maintains a danceable diversity we love and we plan on continuing to follow them down their broad, musical path.  [Devin Inabinet]

2013 deemed to be the year of Visionquest.  With huge releases from Subb-an, Footprintz, Dinky, Wareika, Laura Jones, and others of huge talents, this year was yet another year that Visionquest firmly established its dominance over dance music.  Releasing some of our favorite tracks of the year and some some awesome albums, Visionquest continues to be a major player.