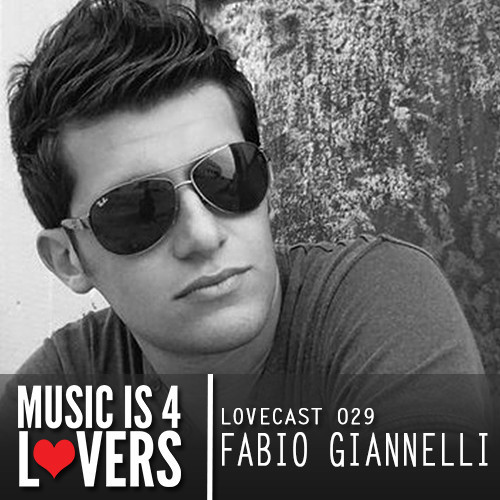 Italian DJ and producer Fabio Giannelli has become a powerful force in world of tech music. As he has become more a part of the Get Physical family, he has also been growing his own label, District Raw, which has garnered attention from legends like Robert Dietz and has been picking up steam as a well respected, bright label. We chatted with Giannelli on his origins, upcoming projects and, of course, this energetic tech mix. With love.

1. Where are you from and how did your hometown shape the type of artist you are today?

Brindisi in Italy is my hometown, made my first steps there and for sure it influenced me a lot. When I started there was basically nothing, musically speaking, in my city, it was also very hard to find some vinyls in town, always had to go 100 km away to find something, so I had to search, search and search if I wanted to find something different from what the radios was airing around in that period….this is the main thing I keep with me today, the continuous need to search…

2. How did you originally get into DJing and making music? Were you playing music / an instrument as a child?

Not really, but I’ve always been fascinated by every musical instrument from my childhood! I had something like a magnetism with everything concerning music and when I touched a turntable for the first time I completely felt in real love.

3. Although you’ve been doing this for a long time already, you’re still very young! How do you see your sound continuing to developing and evolving as you mature? What are you some of your biggest influences right now?

I think I have a lot to develop and develop, never satisfied at 100% with all of my stuff. I can’t really stick to only one style so I decided to let the music come out without approaching the studio or the dj-booth with a pre-made idea of what I have or what I don’t have to do. It can be hard, for example, when I’m asked to make a one-hour podcast, cause there is really too much music I love and it is hard to concentrate all the different shapes into one hour, and still give it a single sense…it is a challenge every time! For this reason, I now prefer to call some friends to my house and make a little “home party” while recording it….playing for someone helps me a lot.

4. I read that you began producing in 2006 – can you tell us a bit about the moment it all began? Were you using a DAW or were you lucky enough to get your hands on some analog equipment? Do you have any advice for aspiring producers – Like anything you’re new to, everything always sounds like such shite at the beginning…

I started “producing” my own little things in 2006, and at that time I only had a notebook and two computer speakers, so not very lucky, but I was excited all the same.

I can only say that if you make things with love, all the rest doesn’t count in the beginning. If you have your own ideas you don’t really need big equipment to start developing your first stuff.

5. How has your summer season been? What memories stick out as having embodied the very best of summer?

I had a nice summer season, starting from the Sonar parties, and through arriving at my last summer gig at Klankgras in Belgium. It has been a good trip all around!

6. What can we expect from you in the coming months? Anything in particular you’d like readers to know about?

For now I can reveal that I’ve been working on two remixes for Wankelmut and DJ Linus which will be out on Get Physical, another remix for Dhaze on my own District Raw and the Get Physical Essentials Compilation #4, which will be available very soon on iTunes…some secret action is going on in the meanwhile as well!

7. Tell us a bit about this mix. How and where was it recorded and did you have anything particular in mind about its meaning, theme etc?

I just called some friends to my place here in Barcelona, played one hour for them and this is the recording