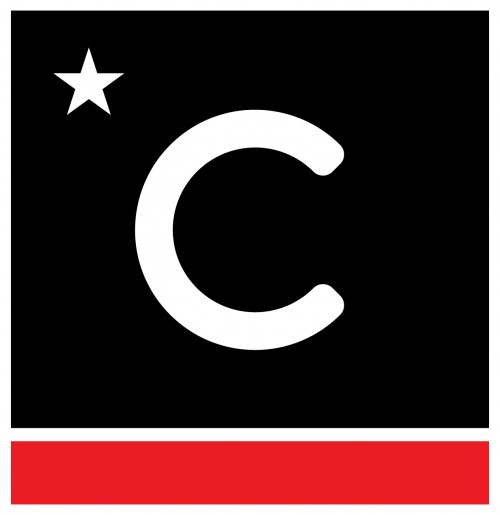 [Label Profile] Hailing from the great City of Angels, Culprit has established itself as an imprint of worldwide recognition and respect in just a few short years. Famed for their Summer Culprit Sessions parties at the Standard Hotel rooftop in Downtown LA, the consistent caliber of bookings and incomparable ability to set the perfect vibe has translated itself directly to their label demeanor. Hand selecting the finest talent of both established and up-and-coming artists combined with a strong influence over the direction of their niche market has gained them unwavering support. Culprit is doing something right and we all know it.

Well, who is Culprit? What are they about? We had the pleasure of interviewing Culprit’s head-and-tail honcho, Andrei Osyka and asked him to tell us more about the start of the label and what’s really going on behind the scenes.

Who is involved with the label?  The Droog trio are all involved, but the management and operations beast of burden lies on my semi-muscular shoulders.

When did you decide to start Culprit? What was the inspiration/inciting moment where you realized that you wanted to start the label?

Myself and our collective’s un-official fourth member at the time, Matt Zamias, were the main driving forces behind it at inception. In fact, Matt was the first to think that creating a label would be a good idea. At first it seemed a typically over-the-top and premature idea. Over time, maturity of the concept stopped being an issue but the sheer arrogance of the thought we had something  truly significant to contribute as a label remained. Which is a good thing.  The arrogance, that is.

There wasn’t any one moment, really, but a collection of exceptionally hazy now Droog party- and after-party inspired units of time, where our hubris led us to believe that the collective vibe we were attempting to create was worth encapsulating via a label. In short, we don’t really remember why we started it, but sure glad we did.

I think in my previous incarnation I ran a bluegrass imprint in the Dixie South, but this is the first label of this lifetime for all of us.

Where is the label based? Do you think this has an effect on the overall sound coming from the label?

It’s based in the little office space of my house, occasionally my living room and even the bedroom, but I won’t go there. But it belongs to the city of Los Angeles at large, we love this fucking town and Culprit is an homage of sorts to it…that and a prodigiously fun way of losing money.

The sound is definitely informed by where we are. How can it not be? LA feels like LA and nothing else, from the weather to the bizarre mix of sub-cultures, its own rhythm of life, and that crazy beautiful sky, endlessly unreachable and limitless. Kind of like our collective potential.

It’s just the best modern underground house music we can find, facilitate or steal. Well, not steal, of course. That’s all it needs to be classified as.  Its purpose is to move the dance-floor, whilst not sounding like monotonous crap in your car or home stereo.

You know the ol’ saying: “You live by the sound, you die by the sound.” Something like that…I think in our case, it means, if we allow ourselves to be hemmed in by a sound we can precisely describe in 4 or 5 relatively cliched words, we will not live long enough to see the label achieve really great things, and that would be very sad.

How do you go about choosing artists to sign? What do you take into consideration when making your decisions?

We put everything we are sent musically into a hipster straw fedora and pull one lucky ticket every month.

Seriously, it’s evolved a bit with time and will continue to do so, I suspect. At first we relied on the music some of our closest accomplished producer friends made for us…kind of like a label starter fund. Jamie Jones was the first one – we kidnapped him in the late summer of 2008, locked him into my house studio and made him write the label’s first EP. We threw our buddy and Jamie’s close friend – at the time still an eager apprentice – Lee Foss in there so Jamie wouldn’t get restless. That worked out pretty well…so well they did it again following year.  We did a little bit of that with the other English (Foss is an honorary Englishman by now) duo of Inxec and Matt Tolfrey.

Another one of our first year’s artists, Kenneth Gibson, was – and probably still is – the biggest fucking force of nature and the most prodigiously gifted producer based in LA. We couldn’t avoid him even if we wanted to.

A strong start like that, multiplied by our amazing social and fast developing A & R skills, meant that producers that we liked started approaching us with some good shit. SECT clan was the first big score, then Adultnapper, the young whipper-snapper Chris M A N I K was a quite eager addition, Mr. Subb-an too.

Now it’s kind of a hybrid of working with that first group of Culprit converts – or is it convicts? – picking and choosing from the work we are offered by established people and wading through the bottomless ocean of usually mediocre but occasionally inspired demos we get sent from wherever Culprit’s been making an impact. Like Mexico, or Italy, Russia and that conveyor belt of dance music talent called the United Kingdom of Great Britain, Northern Ireland and House and Techno.

Wow, that was a fucking long answer, wasn’t it?

Weird hours, low pay and no benefits. What kinda business is that?

Nah, hardest thing is to not only maintain consistently high standard but to keep pushing it forward. Sounds like a big fat cliché, but it’s true.

Would you say that the label is where you thought it would be today or has your vision for the label changed over time?

I don’t remember that much long-term prognostication going into it, ever. We just wanted it to be, like the biggest thing ever, at some point. At what point? Who knows, we’ll just keep doing what we’re doing, but better, and see where that takes Culprit.

How important is producing vinyl presses of your releases? Is vinyl still important for your business and the music buying community or is it just novelty/for DJs only? Do you ever put out vinyl only releases?

From a business stand-point, vinyl is a nuisance, frankly. Ya, that’s quite Richie Hawtin of me to say, but in our genre these days it’s not a significant source of revenue,  its production is an elaborate and fairly expansive process that I personally finance from my own rapidly thinning pocket.

BUT, thankfully, this is not your regular business model, as you can imagine. It’s not run for the purpose of maximizing profit at whatever cost. It’s – another cliché – a labor love, still. As such, vinyl is very important. There are still hardy souls out there seeking it out and buying it – and I salute you. As long as there is some demand for it and I manage to, mostly, break even in making it – it will be made, with proper mastering, artwork, occasional vinyl-only songs/remixes/releases.

Vinyl retains its coolness factor, especially in the face of the digital onslaught…and Culprit is ALL about being cool, as you can tell.

We’ve been asked this before and the answer was and will always be – all of them are. Every release is chosen carefully, deliberately…regardless of which ones do better sales-wise, they all are special. Of course, our Culprit’s first ever EP, “h.e.a.d.s.” by Hot Natured, gave us that slightly-drunk-on-expensive-champagne feeling that no other release will give us because it was the first. Plus, it appears that 5 years down the road claiming to have released a first few songs by Hot Natured might get us laid just on its own, since the boys are one their way to the stratoshpere.

Also, together with my buddy and housemate Martin Buttrich (namedropper), I’m investing whatever the label hasn’t eaten up yet in a proper professional studio facility, thus the original idea behind Culprit of kidnapping the best dance music talent and forcing them to produce for us will be taken to next qualitative level. Though, the aformentioned talent will be allowed to make music for other labels whilst in this, yet-to-be-named facility.

Best moment(s) as a label

Finally deciding on goddamn name for is was a momentous occasion for us. We labored for something like 3 months, maybe more – ive tried to block that torturous process out. I came up with Culprit and just wore the others down with it. Voila!

Three words to describe the label.

My own question:  Running a decent dance music label is actually a time-consuming and serious matter, why couldn’t you have been a little less jokey and a bit more, well, serious while answring these questions?

Dance music interviews, profiles etc. are so dry and earnestly self-important most of the time, why not have a little fun with it, ya?  Plus this motherfucker had some real insights, kids. For real.