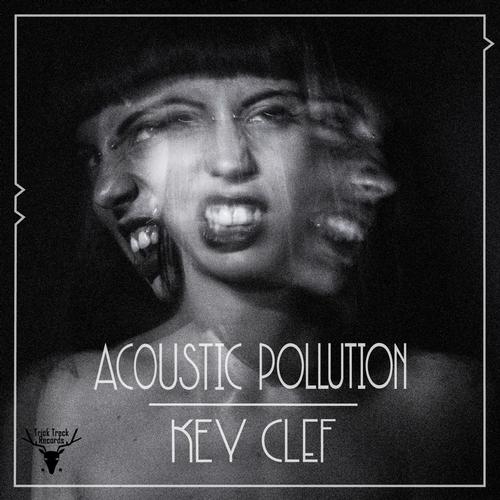 After a shortcoming in the past few months and a break during the summer we’ve come to reach our 10th release. TRCK10 comes this time from the Italian producer Key Clef which is also a new addition to the labels image. Her EP is a fusion of techno, electronica and italo-disco and with influences from the Italian post-punk era. Consisting of 3 tracks, the EP is observing the understood rules of music production and showcases a variety of entangled ambiances that are taking place on a dance floor. All tracks are produce on a spontaneous trait as Key Clef is putting together her second Live Set.

Key Clef first track “Over Pitch” drops a hint of warmth on the dance floor as the string encases itself with a uplifting baseline while fusing the drive with clicks and sights of white noise as the track progresses, making it develop its intensity upon the dance floor.

As a second track, “Acoustic Pollution” adds a housey feeling to the techno environment where the track is found, while being enhanced by the vocals; sending out a upright movement to the track. As spooky as the string reflects on the track, it actually adds up to its completion being driven by forest like sounds appearing all through the duration of the “trip”.

“New House” brings out an italo-disco sound fused with a touch of techno and glimpse of acid maintaining the track firm as the dubbed out baseline retains the essence along with the soft snare drums. Similar to the previous tracks on the EP (and as a trademark of Key Clef) the white noise and jungle like sounds enliven the track.