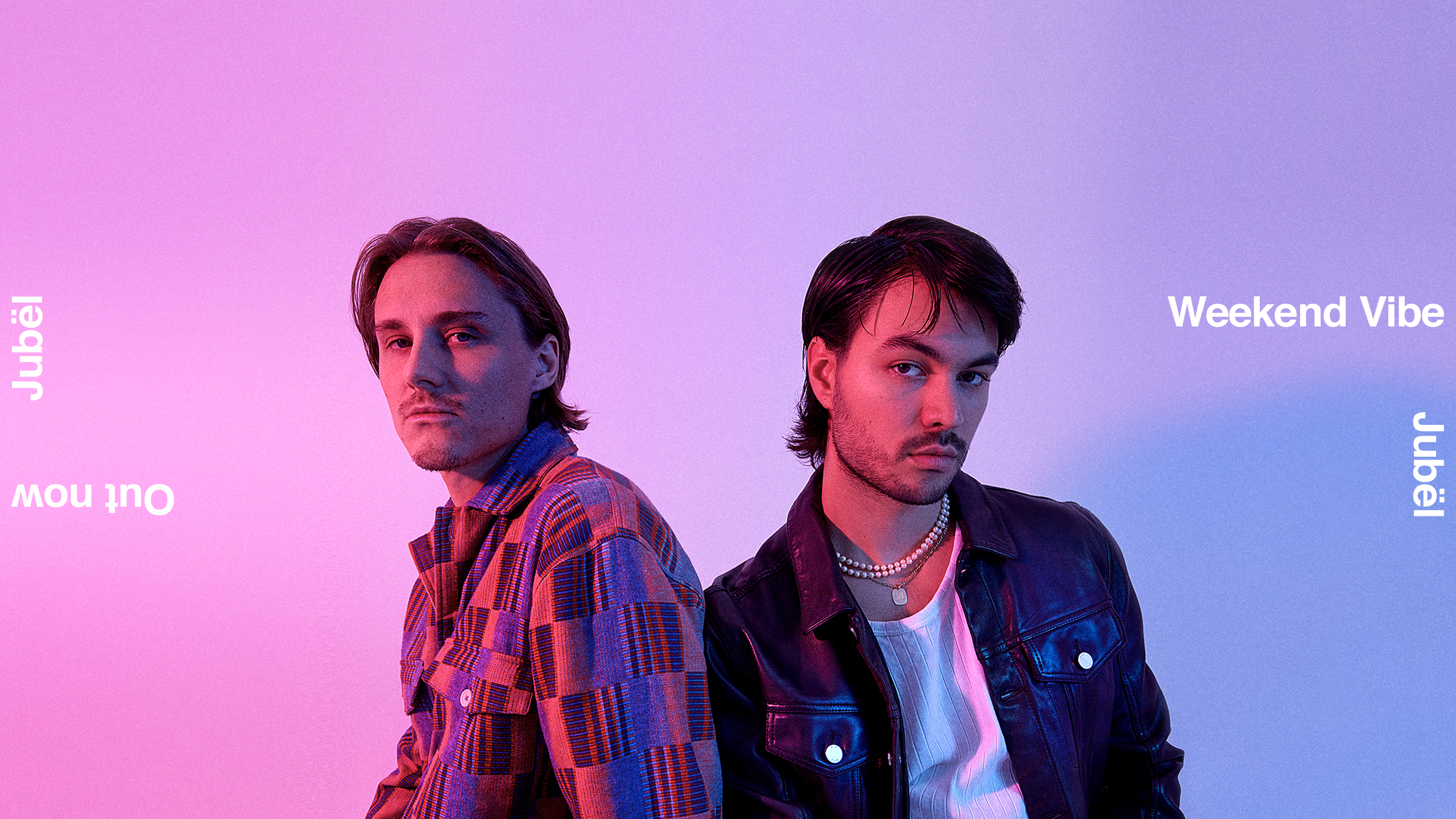 Out today on Warner Records!

Swedish electronic duo JUBËL return today with the release of their latest single ‘Weekend Vibe,’ a toe-tapping, pop-forward groove guaranteed to catapult listeners back into the summer mentality as they brace for the winter ahead. As their first record of 2021, the track follows an enormous year for the pair, who’s 2018 remake of the 1970’s classic ‘Dancing in the Moonlight ft. NEIMY’ found renewed worldwide success. Their emotive acoustic rendition of the chart-topping track closed out the year, with the original achieving multiple platinum and gold certifications across Europe, a combined total of 220M+ streams, and an official remix from dance giant Tïesto.

“For ‘Weekend Vibe,’ we were like, ‘Let’s do something we would never do.’ We didn’t overthink it, and we tried not to copy ourselves. The song sounds nothing like our previous songs, but there are elements we’ve played with before, and we combined a lot of different styles. We took a lot of inspiration from producers like Bruno Mars, Pharrell and ourselves and just tried to make something fresh.”

‘Weekend Vibe’ is an ode to summer, an electropop anthem fueled by lively guitar riffs and a bouncy bassline that can get anyone dancing. Their international pop/electronic flare is certain to influence their upward trajectory, in thanks to their feel-good vocals, crisp production and party-centric vibe. It’s the perfect anthem to pull anyone out of a winter funk and dream of the sunshine.