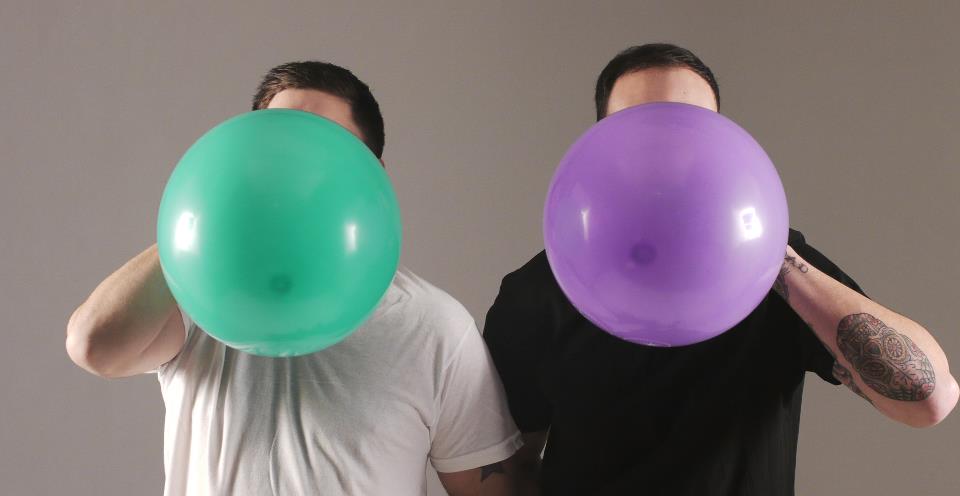 Detroit DJ duo, ATAXIA (Eric Hanna and Ted Krisko), have been making waves in dance music recently. Their latest release on Culprit LA, No.6, has gained both critical and popular acclaim and has been one of the most beloved releases of the summer. This Sunday, they’ll appear at Culprit famous Standard rooftop party along with Tone of Arc, Droog and Inxec. [More information here.] We chatted with them about Detroit, their successes and what’s next:

First things first, what have you guys been up to recently? Are there any shows you’re particularly looking forward to?

We’ve been working on some new tunes, getting our concepts for the next live PA setup going, relocating to a new studio in Detroit, and until this week, were preparing for the release of “The No. 6 EP”, our debut record for Culprit!

We are totally stoked to be coming to LA this weekend for our California debut! We get to play Culprit Sessions on the rooftop of The Standard in Downtown LA, which is one of the most reputable and respected party series for house music worldwide. What makes the day even better, is we will be sharing the bill with an all star cast, featuring Droog, Inxec & Tone of Arc.

I’m really interested in your name – ATAXIA – “loss of control of bodily movements,” that’s pretty cool when you think of ideal parties and dancefloors, complete loss of self. How’d you guys land with your name?

We discovered the word from a thesaurus while we were researching words that were synonymous with chaos and disorder. We came across this Greek term, Ataxia. When we read it originally it said “involuntary loss of muscle control”, and that matched our ideal audience perfectly!

How did Detroit inform your musical taste and make you who you are today? What parties really made an impression on you as you decided to become more embroiled in music?

My father grew up in Detroit, so I was exposed to a lot of Motown as a kid, also plenty of noisier stuff, like MC5 & The Stooges. I started being involved in playing and performing at punk shows in Detroit when I was 12, and was attending and promoting raves by age 15.

At a young age, the parties that really influenced me in the late 90’s were by a Detroit company called Syst3m. The promoter booked a lot of funky breaks and futuristic house at the time, the music and vibes were always amazing for those events, as they were truly underground happenings.

I also had incredible experiences at some of Hawtin’s parties in the 90’s and early 00’s. Other parties that were most memorable and influential on me then were from Analog Systems & Poorboy.

Eric grew up playing in bands, as of course we even came from playing in a punk band together. Like myself, he was both a punk and a raver, enjoying the best of both worlds of what Detroit had to offer.

Before we started playing music together, we had bumped into each other while he was working as a volunteer leader for the Movement Festival at the M_nus Contakt party at St. Andrew’s, and that was when I discovered his past dealings in dance music. In fact, the stage plot at that party was what inspired our original live PA rig, with multiple computers clocked with analogue gear all in sync together.

Detroit is in a tough spot right now, but it still seems to always remain so culturally resilient. How do you feel about its current situation, what do you see in its future and what makes the city eternally special?

It’s a great place to get the win…it always has been. There is a lot of blight, but it’s the city’s success stories that make it one of the most incredible places on earth, with some unbelievable survivors from serious economic fallout. In the future, I see a city that will eventually embrace music and art culture with its politics, and become a model for urban redevelopment for the rest of the world. Detroit will always be special because there are few places in the world with such a collective hope for a better tomorrow.

Tell us a bit about your relationship with Culprit. How’d you initially hook up with the LA crew?

It’s awesome to be part of the Culprit experience. There is a ton of support from the team, lots of jokes, and good people all around.

Our introduction to Culprit was from playing and partying with some of the label’s earliest artists when we were starting out in Detroit…Droog, Inxec, Matt Tolfrey, the VQ boys, amongst others. So things really began at the right place, the dancefloor in Motown!

No.6 on Culprit is getting a lot of attention and acclaim. How’d this record come about?

A couple of close friends and early Ataxia supporters, Jozif (a Culprit mainstay) and Clint Stewart from Safeword had each passed our “No. 6” tune on to Andrei & Justin from Droog, who run the label. Andrei thought the sound was a perfect fit for the label, so we took it from there.

As a duo, there must be a special dynamic between you guys in the studio. Do you each have specific roles when it comes to composition, such as someone mainly handles arrangement, percussive elements, melody, mix down, etc? What’s your process like in the studio?

I do a lot of the lead instrumentation. Eric does most of the percussion, effects, sound design. He is way more patient with the computer than I am, I really want to be hands on with gear as much as possible.

Songs generally start from the beginning of the timeline and work our way through writing from there. In the past, we haven’t been much for basing our songs off of loops.

Arrangement tends to happen as we go along. Some ideas become songs right away, while many concepts get shelved and reworked over time. We are pretty non-linear thus far in our process to be honest.

We mix down our tracks ourselves…our final listening sessions often happen in the dark or with the screen off, so we aren’t watching for events on a timeline to happen. After we’ve nitpicked all the nuances and such, and give it a couple once overs, we like to call a production done at that point.

What can we expect next out of Ataxia?