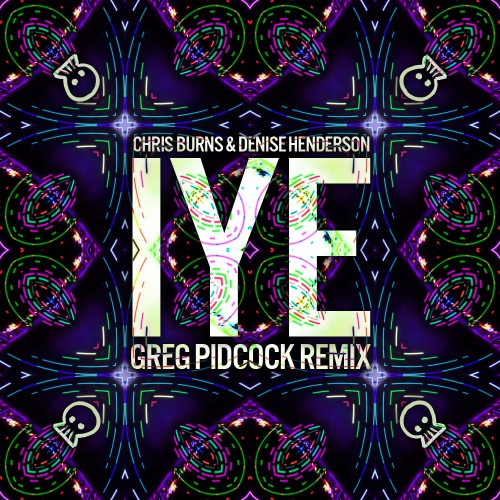 Emerging from a childhood spent on the road, Greg Pidcock’s music sheds light on his journey through the unique locations that have shaped him. The raw, gritty tones of this 24-year-old’s music depict scenes of isolation, explo- ration, and a search for the self. Deeply connected to his art, the creation process is very much a cathartic one, as he uses music to understand his own thoughts and actions.

A formally trained artist, Greg received his BFA in Intermedia & Cyberarts when he was 20. He has stayed true to his roots and continues to explore both sonic and visual mediums. Introduced to Jamie Jones and Lee Foss, heads of the world famous and respected Hot Creations label in 2012, Pidcock was quickly signed to the label and has spent the last year working on his debut album.

Leading up to this signing was a colorful journey that took Greg from painting graffiti on the streets of Lima, to witnessing the birth of the house scene in Mumbai, before finally leading him to Montreal for his studies. A few months after his arrival he began working at Montreal’s legendary Cherry nightclub, eventually taking the role of Creative Director while DJing alongside legends. This lead to the formation of Bad Pony Records with Tone Depth of Bedrock fame- a process which firmly cemented his goals of creating music and art.

Currently the resident DJ at the renowned Velvet Nightclub in Montreal and working with Turkish composer, Mercan Dede, as a sound engineer, Greg Pidcock is about to explode onto the international scene with his blend of passionate, sexy, heavy house. His deep vocals and warm melodies will usher in a new voice in the dance world.

A few words from Greg….

“I’m feeling pretty lucky today, so I felt like giving away a remix I did for my friend and telling everyone a little bit about how it came to be. About 8 years ago when I lived in Mumbai I met a tall lanky white guy named Chris Burns who was an all vinyl deep house/baltimore club spinning DJ spending time in India playing in a cricket league. These next few words are being written for you to contemplate the awesomeness of that.

I was only in high school at the time, playing a few gigs gigs and meeting DJs all around the city and Chris used to come over and mix at my house after school sometimes. We also occasionally played for the same promoter, Submerge. These were good memories and the city’s house movement was so young at the time, it really felt like we were playing a style of music that hadn’t really been played in India at the time. We stayed in touch via email, Chris would send me tunes from his friends’ label’s every once and a while but after some time we lost touch.
Eventually Gchat got to me. I kept seeing Chris’s name there on the side and got a few Facebook invites to gigs in baltimore now that he had returned from India to the states. We started speaking again and he started sending me a lot more music. He had been working hard and so had I. Seven years later we were both doing our thing. He sent me his single that he did with Denis Henderson called IYE and I just had to edit it, I didn’t even care if it would be released. It was just so close to what I liked and I knew once I had the parts I could do exactly what I needed to do. He was down and sent me everything shortly after. I really got into it and ended up having such a great time I did a full remix, rather than a simple edit. I even added a few vocals of my own.
Chris and I finally saw each other again this year in Detroit at Movement Festival and it was great. First we met in the lobby of the Motor City Casino and then he came out to TV Lounge for my gig at Circo Loco on tour. Now in less than two weeks I get to go live out one of my dreams and play at Circoloco @ DC10 in Ibiza. Giving away the remix on my Soundcloud in time for that party makes a lot of sense in my head. So basically, don’t ever stop pursuing your passions, even if you sometimes get distracted make sure you come back. In the eight years that passed since we first met a lot of things happened in both of our lives but the music brought us together again!”
So without further ado….
September 17, 2013 By Sand