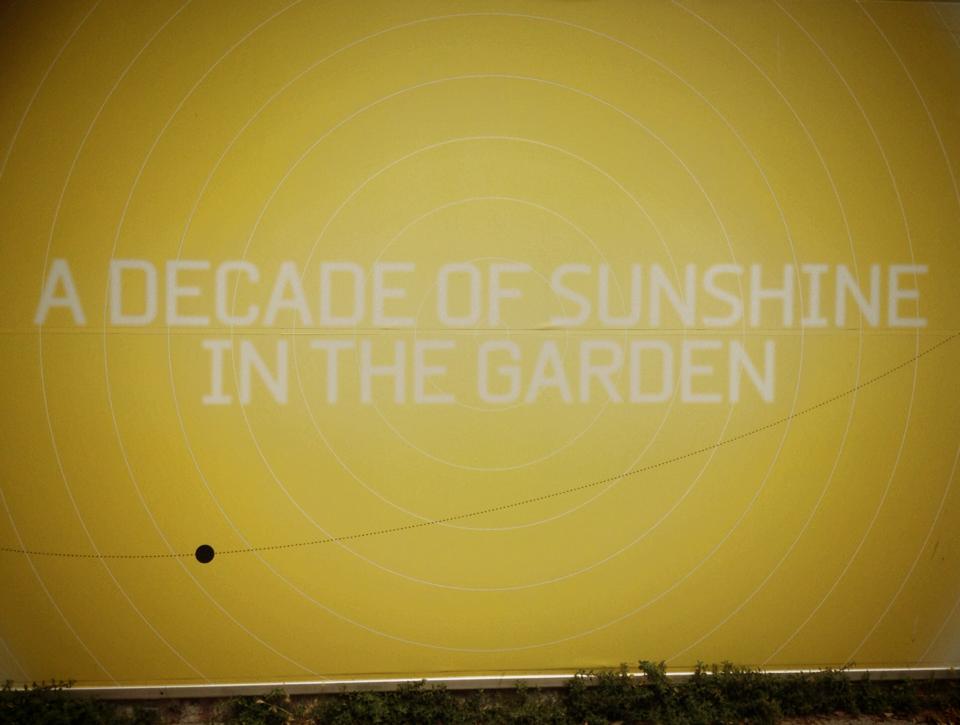 Croatia’s beautiful beaches, friendly locals and affordable exchange has aided its growth into one of the most sought after party destinations in Europe, attracting musical seekers from around the world every summer for countless festivals. Exactly ten years ago, a couple of promoters took a leap of faith, opening up a lounge style cocktail bar in Zadar called ˝The Garden,˝ which quickly took root as an integral staple of Croatian nightlife, bringing quality beats and a nice atmosphere to the coastal oasis. Little did they know, this bar was the seed that blossomed into The Garden Festival and what we now know of Croatia’s current reputation as a prime musical getaway.

The Garden Festival has grown quite tremendously since it began on the coast of Petrcane in 2006, lasting one weekend with less than 200 attendees, to what now boasts an international crowd of 2,000 souls who enjoy the festivities for 7 days in the sunshine oasis of Tisno. Although quite larger than its original size, this is still a small number in comparison with most festivals today. Swedish producer and DJ Axel Boman says of the Garden experience,

˝Although I appreciate the energy of large festivals such as Dimensions, the intimacy and length of Garden makes it really special. It is not all about the hype of one night or weekend, it is much more relaxed and organized.˝

Two years ago, Garden moved from its original home in Petrcane to a space in Tisno, which feels like a holiday resort as much as a festival ground. Equipped with a multitude of accommodations, five bars, an abandoned mini-golf course and playground, a make-shift massage parlor, and many more amenities, veterans and new comers are all in agreement: Garden’s new home is sweet and well suited for the event.

One of the organizers told Mi4L that Tisno is actually much more conducive to festival goers and locals alike, since it’s far enough from the town to avoid noise complaints, but close enough to allow attendees a chance to explore Tisno itself. Due to the festival’s length, it is wonderful how relaxed it was to come and go from town as you please.

Three stages with Function One power really made the grounds thump this year, with the Beach and Main stages attracting the most attention.  A given day started at noon, when DJs would take to the decks of the Beach stage with casual and light sets, as festival goers lounged on the beach and outlaying rocks, chilled at the bar, or even swam in the crystal clear sea. During the day, the music made a great background for relaxing, and the dancefloor was utilized more for sunbathing than grooving. Notable day time sets included Steve Cobby, Bootsy, Patrick (Sloth Boogie), Bobby Beige & Dean Sunshine Smith and Sebastian Spring, all of whom provided a lovely atmosphere through their spectacular track choices.

In addition to all of the music on land, there were multiple four hour boat parties setting sail everyday, when some of the best labels and promoters-such as Wolf Music, Louche and Sunset Sounds- took over the original Argonaughty or newly added Arbiana to throw down for a select number of eager party animals. I find it quite brilliant to give these groups of artists the ability to throw parties in their own fashion while still being affiliated with the festival itself, and the same went for the Barbarella’s afterparties. It is no wonder UK artist (and Lovelife favorite) Maxxisoundsystem claims Garden as his absolute favorite festival in Europe, joining the family for his fourth year this summer.

The relationships that the artists have with the festival are quite refreshing as well-although they are allotted name tags, they read ˝Family˝ rather than ˝Artist,˝ which sums up the vibe of the festival itself. It seems like Garden attains a perfect balance, because as well as inviting notable industry professionals to play, it also acts as a utopia of sorts where they can casually enjoy the festival as an attendee with their friends who are also usually busy and on the road. Each artist that I approached or spent time with seemed in the best spirits, and quite at home-and that is a beautiful thing.

This easy going environment also had to do with the festival goers themselves who were surprisingly well behaved and very cheerful. When I spoke with Brian and Esa of Auntie Flo, they acknowledged that the turnout was ˝Youthful, yet more mature than the typical European crowd we are used to,˝ and I could not agree more. After attending my share of festivals this summer, the attitude and behavior of the Garden company was like a breath of fresh air: cool, calm and collected.

There is no doubt in my mind why so many artists and music lovers alike return year after year to enjoy the unbelievable vibes, breathtaking scenery and soulful beats. Without further ado, here are my top picks for the magical week of sunshine, dancing and musical growth that embraced Tisno this season.

The Argonaughty will forever be one of my favorite party venues. Sailing along the Adriatic among the Croatian Isles is a gift in itself, but add Funktion Ones and some of the most influential tastemakers from around the world and you couldn’t ask for a better party! Cedric Maison started the voyage off on a more tranquil note that was perfect for the chilled ambiance. Luke Vibert came up next-who Axel noted as an artist he has appreciated since childhood-and turned the boat into a big room dancehall environment, bringing up the tempo and intensity to a crazy climax. Axel Boman took the decks until the voyage concluded, keeping the energy high but subtle, vocally strong with Balearic notes and island vibes.

Barbarella’s Discoteque was the perfect afterparty spot for the Garden crowd. Open air and quite large, it contained two bars, good food options, a spacious dancing area with natural surroundings and even a raised space off to the side with an array of lounge beds for those who wanted to rest their heads. Even though the festival usually went until 2:00AM, Barbarella’s started at midnight, raging until 6:00 AM.

Out of all seven nights, the Futureboogie family put on the best show.  Being involved in the festival from the start, you could tell it was more than solely another gig to these artists who are invested in the Garden organization itself. Crazy P started it off with their funky DJ set before Maxxisoundsystem took it deep into the height of the evening. Next up was the Futureboogie crew who all have impeccable taste and style. There must have been at least five to seven of them playing back to back into the morning-including DJs such as Joe90 and El Harvo-and they all seemed on the same wavelength, having fun and getting really excited to see what tracks their friends selected for the crowd.

British producer Brian D’Souza and South African expert percussionist Esa Williams had the most energetic and original set of the week. Their sound fuses organic electronic elements with quick rhythmic percussion reminiscent of Latin American and Afro-Funk beats. It was a spectacular show and the crowd was loving every minute of it!

I absolutely love Psychemagik’s ecclecticism and their mix set the sun and had the Gardeners going insane. The British duo has the cosmic-acid-disco sound down and had everyone wanting more for the duration of the week.

Like the Futureboogie clan, playing at Garden is a family affair for Greg Wilson as he has seen it grow since the beginning. Wilson’s reel to reel mixing is truly unique to watch and gave his disco selections an authenticity that kept the party captivating and cheerful.

As a festival primarily filled with disco tunes, Catz N’ Dogz brought the Tech to the Garden. Their set was so clean and cutting edge, weaving techy aspects with the best melodic piano house and 90s sounds available. They closed out the night with one of my favorites, Royksopp’s Return To The Sun Remix of Felix Da Housecat’s ˝What Does it Feel Like,˝ an epic conclusion to a wonderful two hours.

By Monday night the Garden was a bit deserted, both because many left after the weekend and there were some amazing evening boat parties overlapping-but those who did catch Californian Eric Duncan’s three hour set were in for a treat. At the start there were not more than twenty souls listening, as he started off moody with minimally deep acid elements and as time progressed, the crowd grew and he literally brought in every style and genre with ease. He seemed to morph and tweak every selection as nothing was as it seemed and the tracks fell into one another as a collaborative whole. It was quite the journey and I feel blessed to have been such an active participant.

All in all, I had the most wonderful time at Garden Festival and hope to attend again in the future. <3