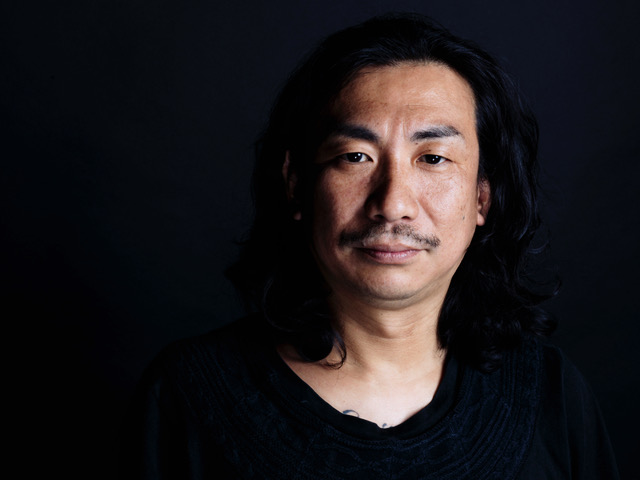 Beyond Space And Time is the new record label from Japanese music festival, Rainbow Disco Club (RDC). RDC has been welcoming music loving people to Japan for over a decade. Throughout the festival’s history, RDC have been fortunate to constantly encounter performers and DJs who’ve collaborated with them in establishing a beautiful dance floor year in, year out. These relationships have lead RDC to start their own label, and now gives them the opportunity to reveal one of the best-kept secrets: What is in a DJ’s record bag?

This time around, festival regular DJ Nobu kindly opens up his collection and shares the music he loves with us all. On visual duty is Senekt – his representational yet contemporary drawing illustrates the emotion RC feel from DJ Nobu.

RDC have much more music to come in future from artists that we trust and respect.

Highly respected French DJ/Producer Laurent Garnier has been releasing tracks for decades capturing the very essence of Detroit Techno and Breakbeat. He always manages to create something truly emotional. This is not his biggest hit, but it’s my favorite.

A2. Mono Junk – Beyond The Darkness

This track represents the very early days of Techno with it’s ravey atmosphere. It has a primitive feel, and the obscure mixdown sounds almost unbalanced. That said, this one really stands out when DJing. Very cool.

It was always my intention to include this track in a compilation if were I ever to do one. It has a fat underlying groove, with some indigenous spices thrown in. The whole thing is put together beautifully. No complaints!

I wanted to include a track that had Jacking feel to it – that is my definition of dance music. This track mixes well in both Techno and House DJ sets.

This is my all time favorite track by Thomas P Heckman. It asks questions and strikes down all the boring ‘wanna be cool’ techno tracks. It is obviously a well known tune already, but I include it here because I’m often asked for it’s track ID from new kids in the game. This is a classic that should be passed down.

Curtin’s refined synth grooves and bass lines make this a true timeless classic. It do not get tired of listening to his rhythms and melodies – he always gets it just right.

The originator of Electric Body Music. Their husky vocals, hard rhythms and strong synth basslines made the group very popular at the time, and they are still to this present day. To me, this track represents what the Belgian New Beat scene is all about.

This is the track I played the most up until around 2006. It is a genuine house track that cuts through trends in music. A hidden floor killer.

Electronic music has existed for decades, and if you are to choose some of the best from all scattered & hidden places, Pan Sonic’s ‘Lähetys / Transmission’ must be considered. The track emerges beautifully – breaking structures and transcending the past. Every layer of the piece is produced with such delicacy and care, that as a whole it magically drags you into the world of the unknown.

This track merges melancholic emotions with technological prowess at the highest level, and deeply impacted the dance music scene on its release. I recently played this track at the end of my set at the forward thinking Terraforma Festival in Milan. It faded out to huge applause from the open minded crowd. A moment to be remembered.

Beyond Space And Time  | www.rainbowdiscoclub.com