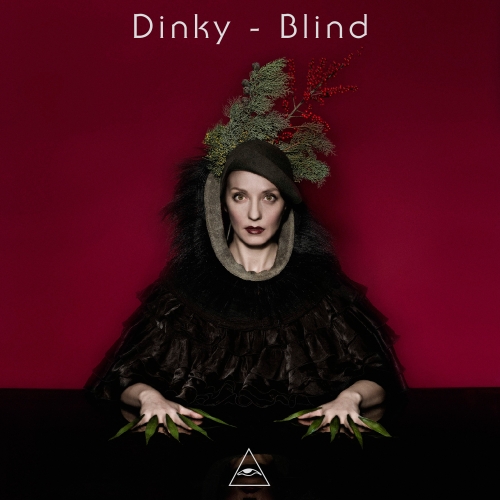 Dinky delves further into her Chilean roots, while softly embedding the rhythm of the night, with next single “Blind” from her album Dimension D. Inspired by jazz of the 30s and 40s, Dinky weaves a beguiling story with the acoustic swing imbued with her own electronic touch. Stepping up for the first remix are part-time collaborators Hreno and The Mole who deliver the MHMD Remix stripping almost entirely the originals voice and melody, instead leading with a carnivalesque drum groove and frayed, oscillating synths. Scandinavian disco lord Prins Thomas keeps the melody in tact but encases it in a framework of spaceout spooky disco for his Diskomiks and fantastic moody Dub. Alejandra Del Pilar Iglesias Rivera was named Dinky by her sister at birth.

Born and raised in Santiago, Chile, as a child she studied ballet and the Suzuki method of piano before relocating to New York to become a contemporary dancer. Her drive to make music brought her to Berlin a decade ago where she quickly became a dominant force in dance music, making her mark through releases on Carpark, Cocoon, Ostgut, and the critically acclaimed Anemik album in 2009 on Mathew Jonson´s Wagon Repair.

Her fifth studio album, Dimension D, on Visionquest demonstrated her evolvution into a singer-songwriter and performer; a take on a new musical direction. Chris Hreno and The Mole are both revered Canadian producers residing in Berlin who have joined forces in the past on remixes for various labels including Turbo Recordings, Haunt, and Souvenir. The Mole has had prolific solo output including his exceptional debut album on Wagon Repair As High As The Sky. Hreno has made a recent comeback to production with EPs on Sound Architecture and Meander. Prins Thomas is widely regarded as a pioneer of the space-disco sounds emanating from his native Norway. Joining forces with Hans-Peter Lindstrøm in 2003, the pair both have a background in bands – Prins being an accomplished bass player – and they run and release music on own labels Feedelity, Full Pupp and Internasjonal.