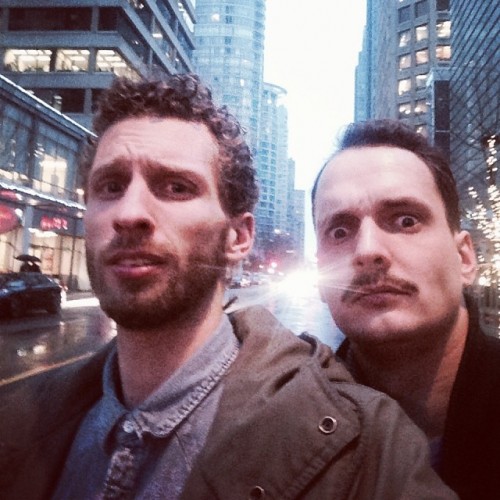 Coyote Cuts are kicking off another year of midweek madness with Detroit Swindle’s second sojourn to the Grasshopper Underground this Wednesday. The Dutch duo behind some of 2013’s biggest house hits are coming back for more after absolutely smashing it with their swingin’ sounds last May. Revered residents Golf Clap and the endearing Eric Davignon will get the night going.

Since the last time they made their way to Motown, Lars Dales and Maarten Smeet have been keeping incredibly busy. They’ve toured tirelessly, put out primo productions on Tsuba, Dirt Crew, and Freerange, to name only a few, and even started their own imprint, Heist Recordings. Their remix of Kraak & Smaak’s ‘The Future is Yours’ was a personal year-end pick, and ‘The Break Up,’ the A side on Heist’s first release, slayed in many a mix and on dancefloors the world over. In short they “sucker punched the house scene and waved around their 12” scepter to rule them all.”

With their debut full-length due out on Dirt Crew in March, this fun-loving duo are sure to reign supreme in the house scene for yet another year. If you’re in the area, this is a night you won’t want to miss. Don’t worry about it being a Wednesday, Golf Clap have already promised to “help you pick up the pieces to your shattered life in the morning.”

To win FREE ENTRY for you and a friend:

Winner will be notified on Wednesday afternoon and your name will be put on the list +1.

Stream the set from Detroit Swindle’s last appearance at the club below!