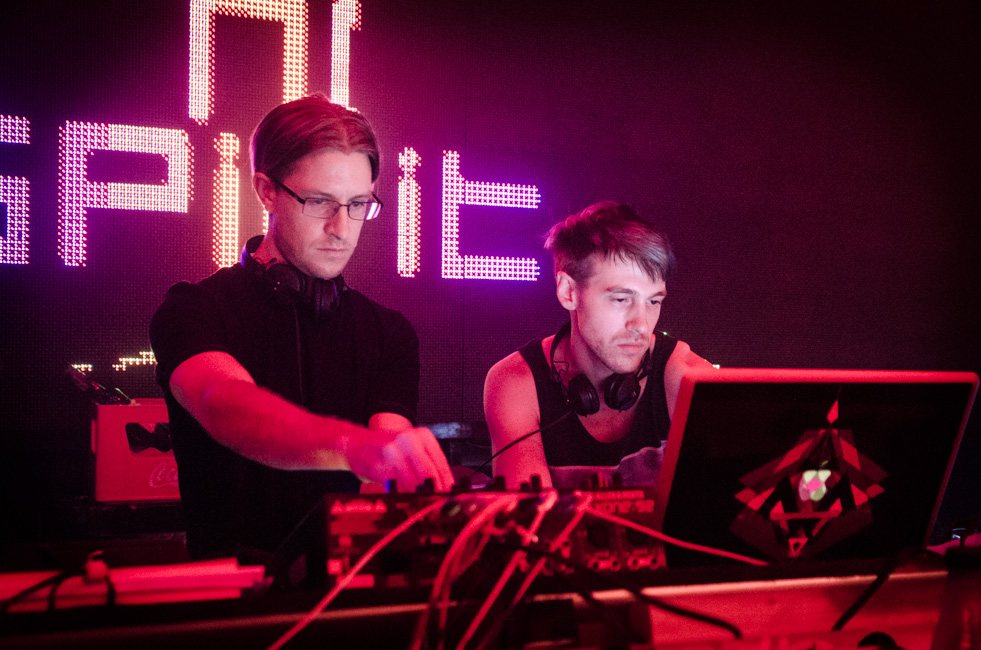 Fixed at the epicenter of Ibiza’s maelstrom and mayhem in Platja d’en Bossa, is the basementesque Manchester-born nightclub, Sankeys. The club is home to many residencies during the summer here on the Island, including: Steve Lawler’s Viva Warriors on Sunday nights, Diynamic’s Neon Nights on Tuesday, Claude Von Stroke’s dirtybird parties on Thursday and then Audiofly’s Flying Circus party every Friday. We visited Sankey’s this past Friday for the Flying Circus opening party.

The line-up was stacked with both live acts and DJs alike; Dance Spirit live, dOP live, SIS live, Rodriguez Jr, Philip Bader, Carl Craig and Audiofly. I met up with Dance Spirit at their hotel room down the street and rolled with them to the club. They were first up in the main room, 00:00 – 02:00. The sound system in the main room is unparalleled for the space it is in; dark, low ceilings with strings of red and blue lights running through them and hollow floorboards (big fan of hollow floors). It contains a square dance floor, two bars on either side and a DJ booth. Nice and simple.

Since Dance Spirit played when the club first opened, it took a minute to get a crowd in there. In true DS fashion, they kept the 4/4 beat on a constant while they weaved melodies in and out live. One hour into their set and the dance floor was well over half full, and the everyone was loving it! It was a great opening set I must say; nothing too flashy and over the top. The LA-based duo, on a European mini-tour, playing Flying Circus in Barcelona during Sonar as well, ended up playing for nearly the first three hours!

Carl Craig was up next. Meticulous and playful. Laying acapellas over two loops, giving him more control of his long thoughtful mixes. It was impressive. Carl Craig is definitely a living legend, and the highlight of the night. After Carl was Audiofly, who closed out the night with their Supernatural sounds and vibe.