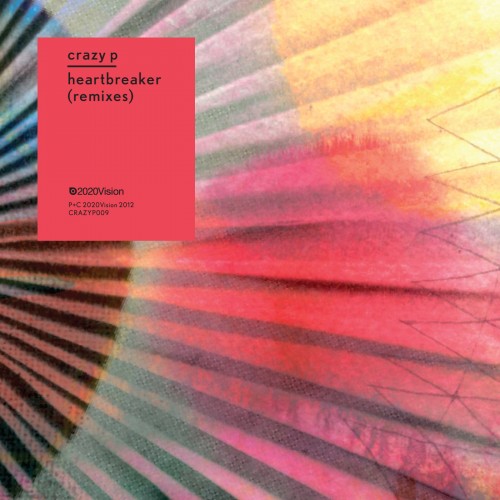 [Release] Ever since Crazy P rocked San Diego at the Lovelife party this past September, we have been addicted. 2020 Vision closes 2012 with a remix package from one of its most prominent artists, Crazy P, with the ‘Heartbreaker (Remixes)’ package, reworks come courtesy of Huxley and Mark E.

The original version of ‘Heartbreaker’ opens the release here; taken from the band’s recent ‘When We On’ long player and in true Crazy P fashion the track is deep, emotive disco with an injection of funk and soul. The band has maintained their fixation on organic, natural sounds over the years and ‘Heartbreaker’ embraces exactly that. The track came to fruition during one of their many jam sessions and wavers through subtle retractions and additions of live drums, bass, guitar and keys that elegantly displays the outfit’s ability to play alongside one another.

Running Back and Internacional artist Mark E steps up on remix duties first and 2020 tell us ‘We’ve been big fans of Mark E since he appeared on the scene with his amazing Womack and Womack edit and he’s played 2020 Vision parties for us where he always proves he’s a master of rocking the party without having to compromise his deep and classic style.’ Mark’s mix takes on the form of deep, hypnotic, mood-driven house music and brilliantly contrasts the original cuts summery vibe with a darker more underground essence.

Next up, the seemingly most hyped artist of the year Huxley, returns to 2020 following his ‘Out Of The Box’ EP for the label earlier this year. The mix employs similar aesthetics to much of Huxley’s output this year; a skilful fusion of House meets Garage. Selecting snippets of some of the leading sounds from the original version and moulding them into a club ready cut with his signature crunchy drums and gritty bass-line.